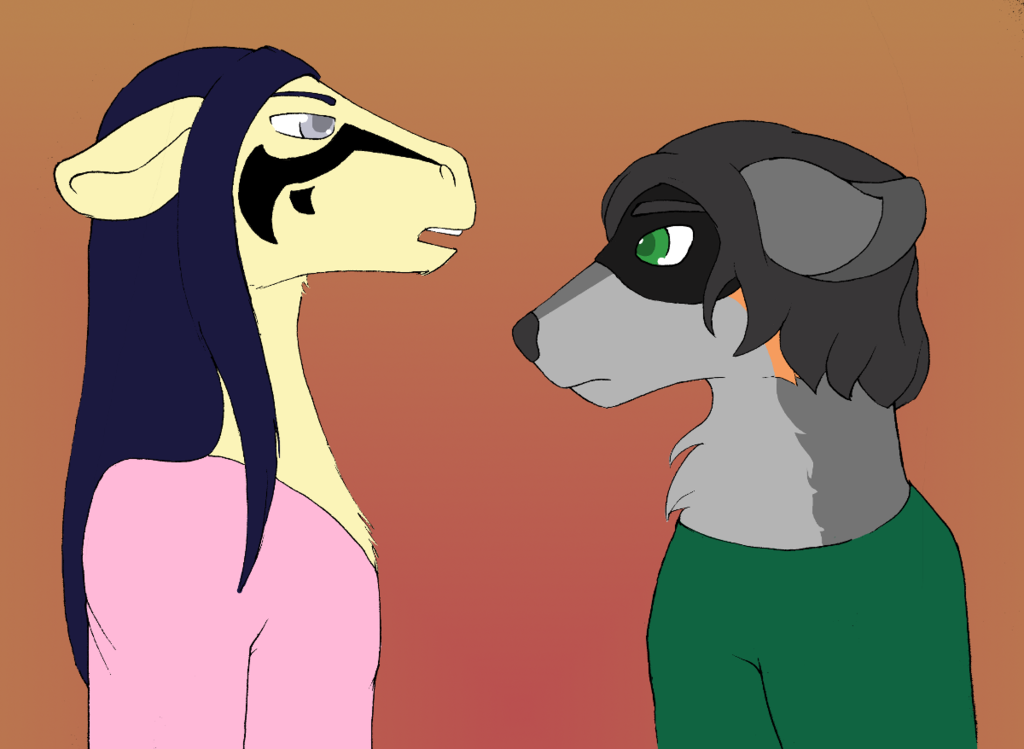 The room was sparsely furnished. A bed, table and chairs, and sofa were all bolted to
the floor and a flatscreen television was secured to the wall as surely as if it, too,
had been bolted. Azazel watched his captive with interest. He had, of course, changed
the hero out of his armor and into something more casual. The goat had left the mask;
heroes tended to be touchy about that sort of thing.

Howler stirred. Most of the wolf's powers were sourced from his nanobots, according to
Azazel's research, so periodic EMP bursts served to scramble them and keep them
scrambled, as well as render the television largely useless. He did not possess precise
data regarding nanobot recovery times, and so simply erred on the side of caution.

He knew the hero had come to when his movements became deliberate instead of restless,
testing the cuffs around his wrists and ankles. Azazel had left him otherwise unbound.
He waited for the canine to make the first move, but as the minutes passed and the wolf
continued to feign unconsciousness, Az spoke, "I know you've awakened."

He received a snarl in reply as the wolf sat up on the bed, then stood, trying to take
a fighting stance. "What do you want?"

Azazel chuckled, though the warmth did not reach his eyes. "So direct, how refreshing."
He leaned forward and steepled his fingers, watching Howler across the room. "Just to
talk. I have some questions for you."

Hostile green eyes regarded him for a moment before replying, "And why would I answer
anything you ask?"

The goat shrugged easily. "How else do you expect to get out of here?" This was verbal
sparring at its most simple, and rather than find it boring it was something of a
relief, especially after dealing with Addiction the previous night.

He watched the hero puff himself up, trying to project a confidence that the Fallen
knew he did not genuinely feel. "I have friends. They're expecting me. They..."

Azazel crossed the room in a blink, suddenly close enough to Howler that each could
feel the heat of the other. His voice was almost a whisper, "Do not lie to me, little
hero." He took a step back and continued in more normal tones. "While it is unlikely
that any of your friends will find you here, it is not impossible. I have already taken
measures to accommodate them should they arrive."

The Australian tribal wolf broke eye contact, turned away. The Fallen let the hero be.
There would be plenty of time to question him later, and the idea was not to break him,
just to get answers. Azazel departed, walking through a wall into an adjoining section
of the villa. His ear flicked. Already he could hear Howler probing at the wall with
curious fingers. The hero would find nothing; he had used no concealed door.

He had spent the day out with Addiction. It had not gone well. The demon was changing
plans left and right and this left the Fallen feeling more than a little on edge. He
had done his best not to show it while in the lion's presence. Showing weakness would
only cause the demon to pounce, like the predator he was. Azazel was not about to grant
him any greater a hold on him than he had already.

He returned to his present home with the intention of getting something strong to drink
and then trying to shut out the world for a few hours. He entered the back room, drink
in hand, only to realize that his "guest" had entirely slipped his mind. The glass
dropped, miraculously landing upright with a dull clink.

The canine growled and leapt at him, having freed himself of his physical bonds while
the goat was away. Azazel caught the fist aimed at him and a quick twist and a sidestep
brought him behind the wolf. "Not a smart move," he said as he shoved his captive into
the nearest wall. The hero squirmed, then whimpered as the Fallen applied more pressure
to the limb he still held.

"Now, dear hero, what did you think this would accomplish?" The wolf's ear twitched as
Azazel's breath hushed over it.

Howler muttered something in reply. At Azazel's prompting, he repeated it, though only
the final two words were discernible. "...kill you."

The Fallen laughed. "Oh do try." His mouth was twisted as if he had just bitten into
something bitter as he handed Howler his pistol, seemingly pulling it out of the air.
He smiled as the hero slid off the safety. "Well?"

The noise echoed around the room. He had shot twice, head and heart.

Howler blinked and opened his eyes to an incoming punch that landed straight across his
jaw. He staggered into the bed. A push sent him sprawling. The goat knelt over him,
wrapped his fingers into the fur at his throat. "What is it that makes you a hero?"

Here was the crux of it, the question that he wanted, needed answered. Azazel held a
soft hope that he had not pushed the canine too far.

He need not have worried. With a growl, Howler launched into his reply. "Not everyone
lives their days without their lives being threatened. Whether it's someone getting
mugged in an alleyway, a cop or an innocent caught in the crossfire, families displaced
by war and struggling to survive, I fight for those that need it most! I put my life on
the line so others don't have to. I'm a hero 'cause I want to save lives. So a parent
doesn't lose their child, so some kid doesn't have to go to his parent's funeral
because they were killed in the line of duty, so people don't suffer under oppressive
governments or at the hands of terrorists. I'm a hero because that's what I was taught
to do! To save lives and protect everyone I can!"

It was, frankly, more of a speech than the Fallen had expected. He was pulled from any
potential introspection by the hero's next words. "Why is some guy who only wants to
ask questions locking me up in here like I'm some kind of mental patient? What do you
really want with me, mate?"

Azazel frowned. "And if I had come up to you on the street and asked of you the same
questions, would you have answered them? Or do you find it more likely that we would
have fought?"

The wolf's eyes narrowed. "If you had asked me I could answer you. But you somaformed
me and dragged me off to God knows where to ask me this? You've got to be either a
crazed fan or some weird crook."

The goat raised an eyebrow. "He does at that." Azazel sighed. "It doesn't matter
anyway." With his free hand, he brushed Howler's hair to the side. Making and holding
eye contact, he added, "It's time to go home, Joshua." The Fallen brought his second
hand to the wolf's throat and applied pressure. The hero struggled, thrashed, but
without his powers this was all too easy. Soon, he stilled and the goat released him.
Azazel lifted the canine and carried him through the wall. Presentation was important
after all.

Howler woke up with a splitting headache. He was draped over the railing of a fire
escape. Slowly righting himself, he tried to remember what had happened. The villain!
The tribal wolf shot to his feet, then immediately used the railing for support as the
world swum around him. He could feel clarity returning though; his nanobots were fully
operational again.

It was dark. Nighttime. What day was it? Howler was unsure; it was difficult to get a
measure of time passing without any windows, and he had been unconscious twice. He
climbed gingerly down the fire escape, movements growing more confident as he descended.
Maybe he would just call it a night.

Once he was at street level, he found he recognized the area. It was only a few blocks
from where he lived. Not pausing to consider the implications of that in a city this
size, Howler began making his way back to his apartment. The streets were near
abandoned, so it must have been the small hours of the morning. Even so, he exercised
caution on his approach. Did not want to have to deal with anyone seeing a costumed
hero entering his building.

Once inside, he took a look around. Everything was as he had left it. Then he showered
and changed into civilian clothes, stashing his gear. Only after his shower did he
realise that his answering machine displayed thirty-seven new messages. "Fack."

Much as sleeping in his own bed sounded like the most wonderful thing in the world
right now, he should at least call his friends and let them know he was alright.
Fighting a yawn, he dialed the first number that came to mind.

The line went live on the second ring. "It's 3:47 in the morning, who is this?" Amber's
voice was irritated, but wonderfully familiar. 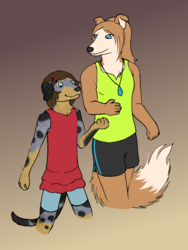