The tarot card ,The Chariot by Scales4Sales 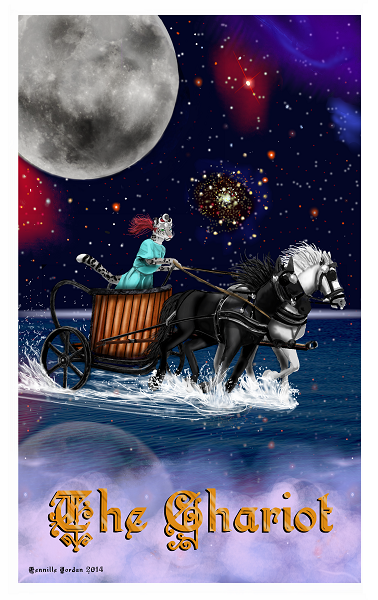 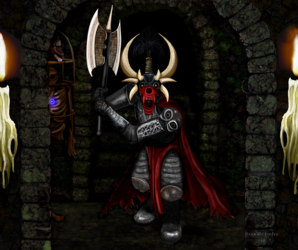 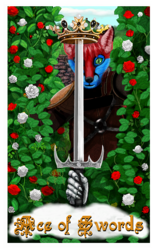 The tarot card ,The Chariot

This was done for Hugar Glenwalker I wanted this to be popping with a lot of colors to shoe a lot of emotions in to what the card means.

Here the meaning behind the card:

If you've done a little research on the art of chariot battle, you've observed that it takes a lot of skill, determination and control to maneuver a chariot - particularly in the heat of battle. Imagine for a moment controlling two 1,000 pound horses while navigating direction all in the midst of the commotion, noise, and fervor of battle. It makes the head spin. Needless to say the Chariot represents tremendous focus and drive in order to accomplish the goal and win the battle.

An often over-looked item of chariot-battle is that the best plan of attack in a chariot is from the side. This was a common tactic for ancient chariot warriors and is mentioned here for its symbolic meaning. Coming upon our problems from the side - or a different angle will often give us the perspective we need to overcome the obstacle, or give us a different plan of attack for success.

Close your eyes and let your imagination wander to the days of when chariots were the ultimate form of transportation. Consider the skill, focus, balance and determination it would take for one to control that chariot. One false move at a high speed, and the chariot would easily topple. It was not a mode of transportation for the light-hearted. These are the attributes the Chariot card brings to a reading.

Often, the Chariot card shows up when there is an obsession about work, a question about goals, or an issue of over-achieving. When a person is obsessed with climbing the ladder of success - the Charioteer is the one cracking the whip behind the scenes.

The Chariot also embodies motion. Often we pull this card when we are traveling physically, or moving in an emotional direction. It's usually a fast motion too. If we want to get somewhere fast, or a quick change of pace is coming - most assuredly the Chariot will appear in the reading.

Key Symbols Relative to Chariot Tarot Card Meanings:
This section focuses in on a few select symbols that can help us further define the Chariot Tarot card meanings.

Crown:
This deck version shows a crown of five pointed stars. These pentacles are symbolic of perfection and also indicate our Charioteer is at his physical peek of perfection. That he is wearing these stars as a crown indicates his thoughts are primarily upon the elements required to get the task at hand accomplished. His thoughts dwell upon his ability to perform to a high level in order to achieve his goals.

Horse:
The horse is another symbol of physicality and vitality. The horse is linked with elemental and instinctual powers. They symbolize speed of thought, speed of deed, and speed of action. This horse symbol brings further attention on aspects of motion, transportation, and "reaching the destination" to the Tarot card meanings of the Chariot.

Moons:
Moons also deal with motion, influence and development. This card depicts slivered moons on the Charioteer's shoulder and at that top of his staff. These are symbols that indicate we are often driven by unseen forces in matters of obtaining goals or striving for success. Although the Charioteer is very aware of elemental matters and matters of the soul - these moons indicate that more investigation must be made on his motives.

Knowledge been used for theses cards are based on the website of www.tarotteachings.com