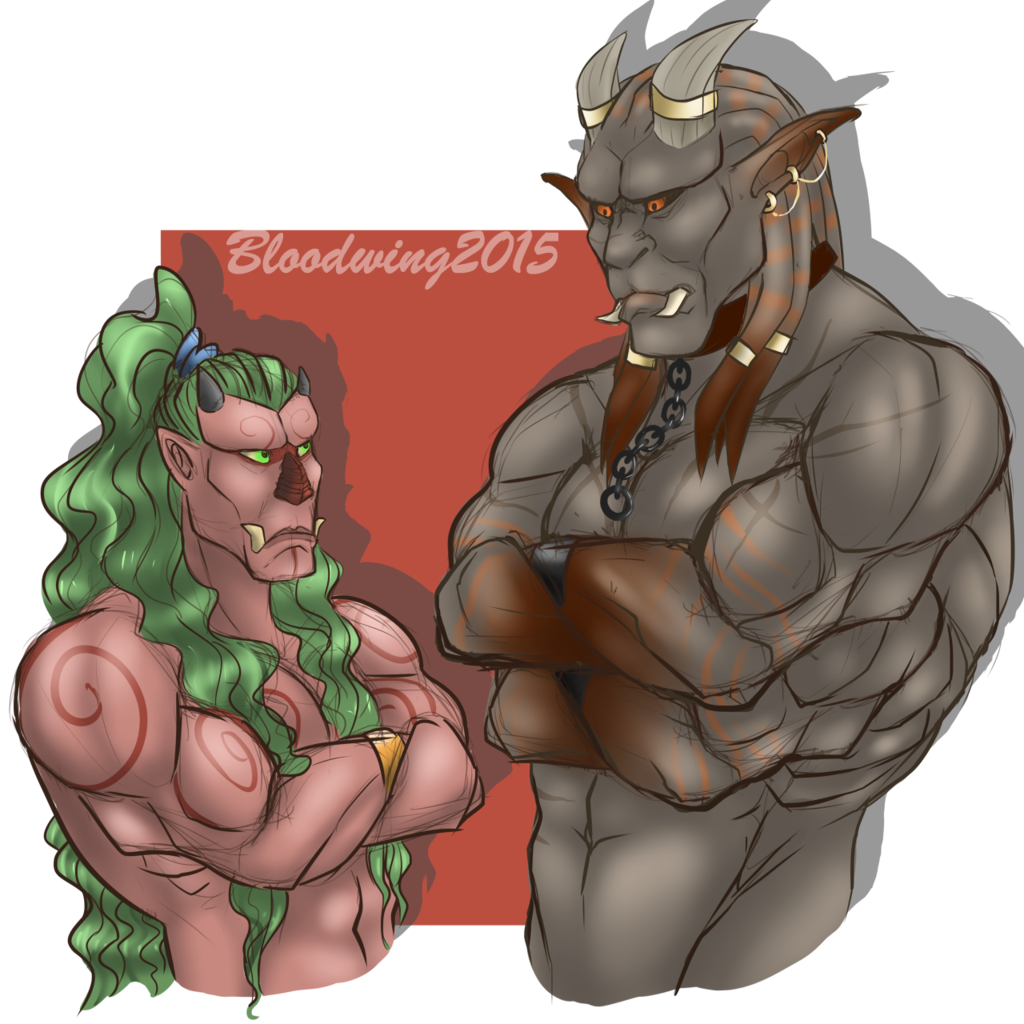 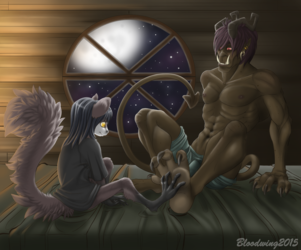 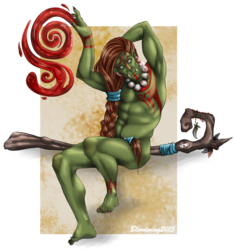 I was thinking, ya know instead of sleeping, that Baeshra and Genji's races had a lot of similarities. The horn placement, the curved tusks, heavy set brow, even the shape of their nose. Both races have long slender tails and digigrade legs. Both serve dragons as their gods. But Genji's are eastern type dragons while Baeshras are western type.

So i decided that the species are sort of cousins! I really wanted to draw these two together. So I did lol just a simple colored sketch ^_^ I thought about lowering Baeshras' second set of arms but i was waaaaay too lazy. This was really for practice on speed sketching. Took about a total of 4-5 hours.