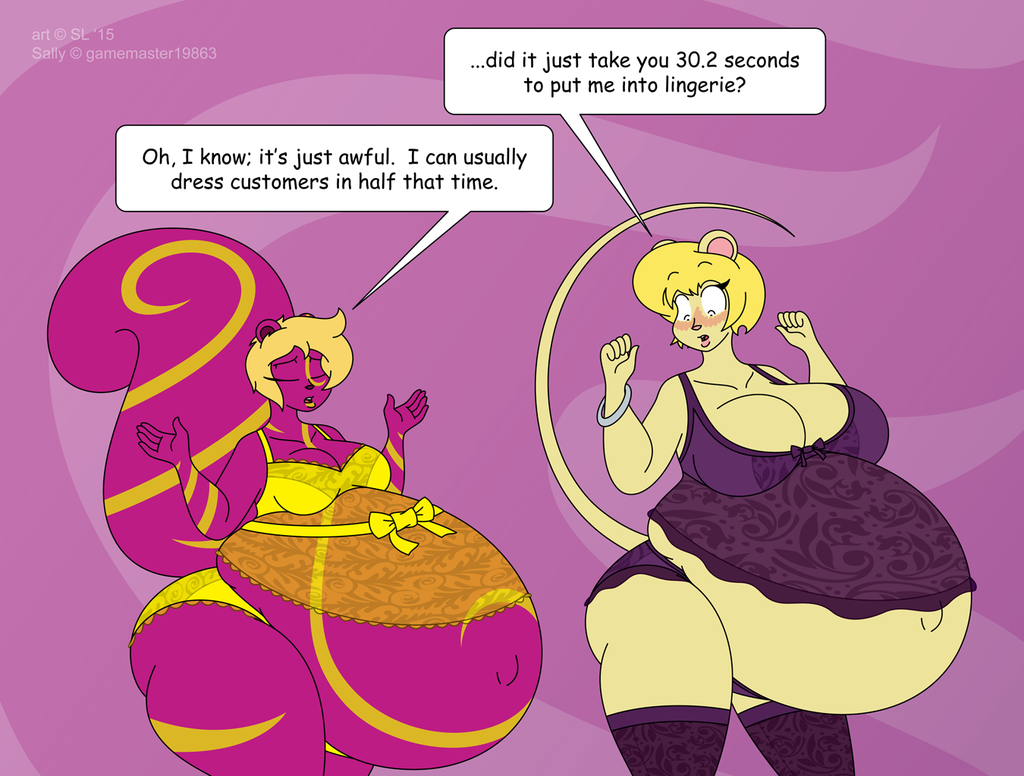 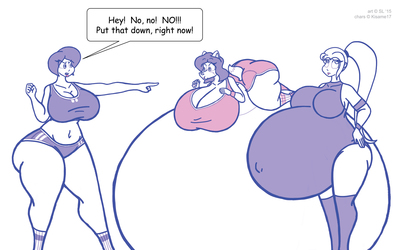 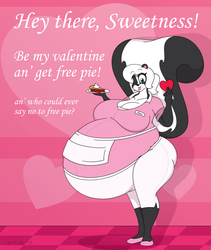 's prize for winning my January Art Raffle over on Patreon ( https://www.patreon.com/satsumalord ).

This is kinda meant to be a silly idea; especially with it being that Tanya here somehow inadvertently stumbled into Ebony's lingerie store and thus, quickly found herself being fitted into some lacey garments by a very perky (and also very pregnant) squirrel salesclerk (much to Tanya's eternal surprise).

I like to think it all happened because Tanya got a little too sucked into her smartphone (those angry avians aren't going to fling themselves, after all), and she ended up walking into the lingerie store by mistake, while trying to go somewhere else. Thus leading to her being mistaken as "a new customer", creating the situation above.

But anyway, to read up a bit more on Ebony's Lingerie, be sure to check out the links below (you know, in case you're curious about what the shop is all about). =p

Oh and as a side note, the image was initially meant to be made as a B/W inked piece, since technically, that's what

won for the raffle. However, since he wanted the piece to be done in color, he went ahead and paid a bit extra to have it upgraded to what you see now. And with that said, I'm not really sure if anybody would really care about hearing such a thing, but I figured I'd share the info anyway, in case anyone ever considered upgrading their own prizes and/or commissions that they got from me in the past (since you know, I'm totally willing to do that; for a fee, of course). =p

Anyway though, I hope you guys enjoy the rampant, lace-covered pregginess going on in the image. =3