Loree: To Catch a Cat-burglar by SatsumaLord 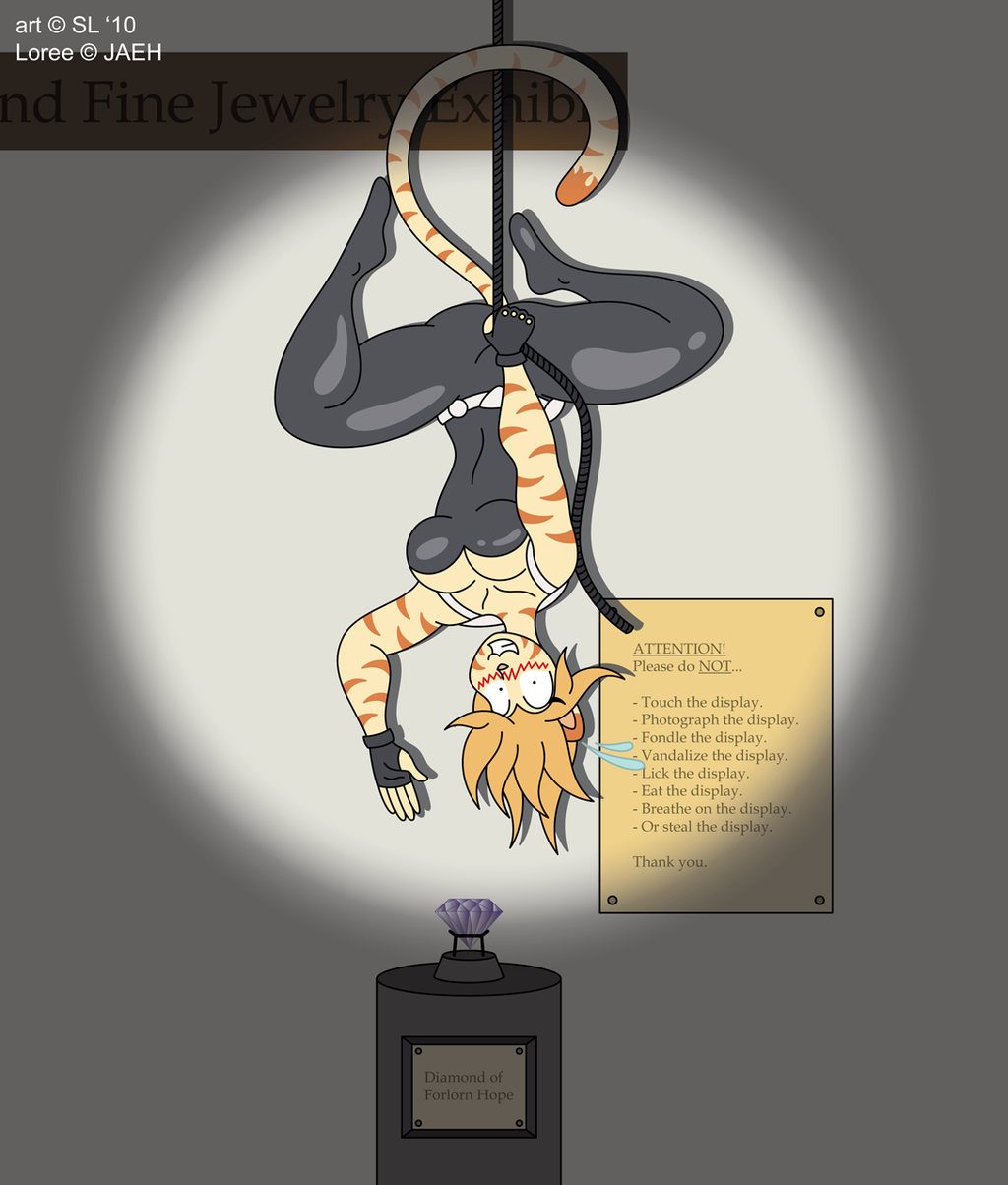 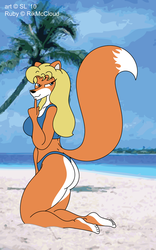 Loree: To Catch a Cat-burglar

Some fanart that I drew for

Loree the cat-thief tries to abscond with an incredibly rare gem from the Museum of National Treasures, but ends up getting noticed by security instead. Who knew after spending all that time eluding cameras, laser sensors, and pressure plates; she'd be done in by Security Guard Joe and his trusty flashlight?

Oh well, maybe Loree can escape by using her winning smile. Or at the very least, prevent her from getting tased by the guard. =p

Special Note: Before anyone asks, yes, this idea was loosely inspired by a scene from a Spider-Man comic; specifically, the kind of scene where he's hanging upside-down from somewhere. I thought the posing would fit Loree's character well, so I tried it out; and this was the result. I hope you guys still enjoy it. =3