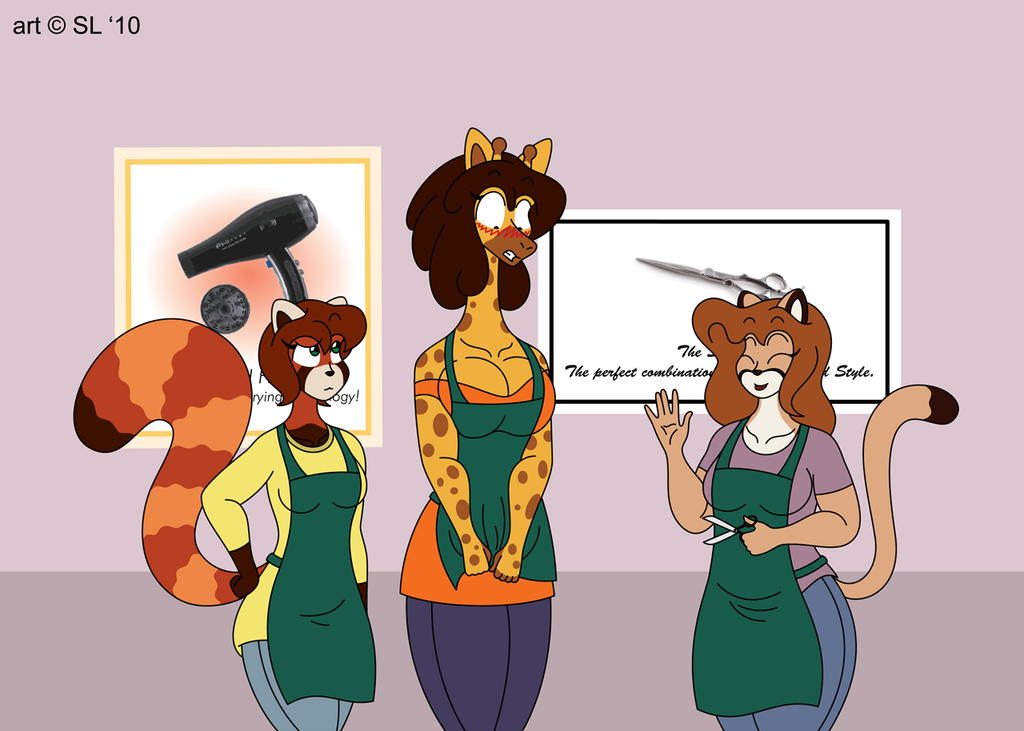 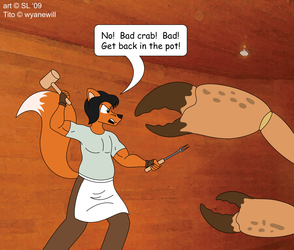 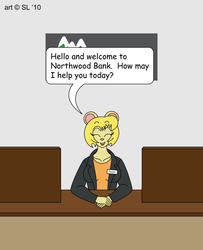 The following people work at the Fur-Cuts hair salon and are listed in order from left to right, as referenced from the picture. The only other employee that is not present in the picture would be Chelsea herself.

Heather Lafont
Heather Lafont, age 24, works as one of the stylists in Fur-Cuts, and also acts as a receptionist/cashier for the store. She's typically the first person to meet and greet the customers, as well as the one who tends to handle all the money at the register.

Heather is the polite and professional type, often referring to people as mister or miss; even her own friends and coworkers. Despite her formal disposition though, this young red panda is very friendly and generally kind towards others. Heather is also fairly inquisitive and sometimes wonders/worries about Zoey Freeman, one of her coworkers; a young woman who happens to be a bit of a spaz.

And on an unrelated note, Heather is the product of a marriage between a French businessman and an Asian American ballet dancer. Because of this, Heather is fluent in both English and French, and has also been practicing ballet ever since she was seven years old.

Zoey Freeman
Zoey Freeman, age 21, is another hairstylist; who seems to prefer spending her time organizing and reorganizing the storeroom, rather than attending to the customers. And standing at a height of 7'2", this giraffe can easily reach some of the much higher shelves in the storage closet.

Zoey is a very bright and intelligent young girl, but also very paranoid and easily frightened. Her entire life seems to be driven by a variety of fears and phobias; including but not limited to a fear of spiders, a fear of germs, a fear of lightning, a fear of rejection, and (ironically enough) a fear of heights. Furthermore, due to her sheer tallness, Zoey is also the type that tends to get easily embarrassed. Finding appropriately-fitting clothing has always been a challenge for her, and Zoey's a bit self-conscious over the fact that her work apron doesn't fully cover her torso; even though no one in the staff actually regards Zoey's short apron as a major issue.

Yolanda Cruz
Yolanda Cruz, age 40, is the senior hairstylist of Fur-Cuts and is also its current owner. She inherited the shop from her father about eight years ago, after he retired; and she's actually been working at Fur-Cuts itself for a little over twenty years now. Yolanda herself is a very warm and soft-spoken individual, who tends to treat her staff more like family members than actual employees. Because of this, the very sweet-natured cougress receives a great amount of respect and affection from all of her coworkers, including Chelsea.

Yolanda has been a good friend of Camille's ever since the both of them were in middle school together. So naturally, when Camille asked Yolanda if her daughter could work for her at her hair salon, Yolanda gladly agreed and accepted Chelsea into her staff. Moreover, Yolanda Cruz has a child of her own, an eight year old boy named Pedro; and she's currently married to Pedro Sr., a man that runs a small TV repair shop, not too far from the Fur-Cuts salon.