How Tilly Met Chelsea by SatsumaLord 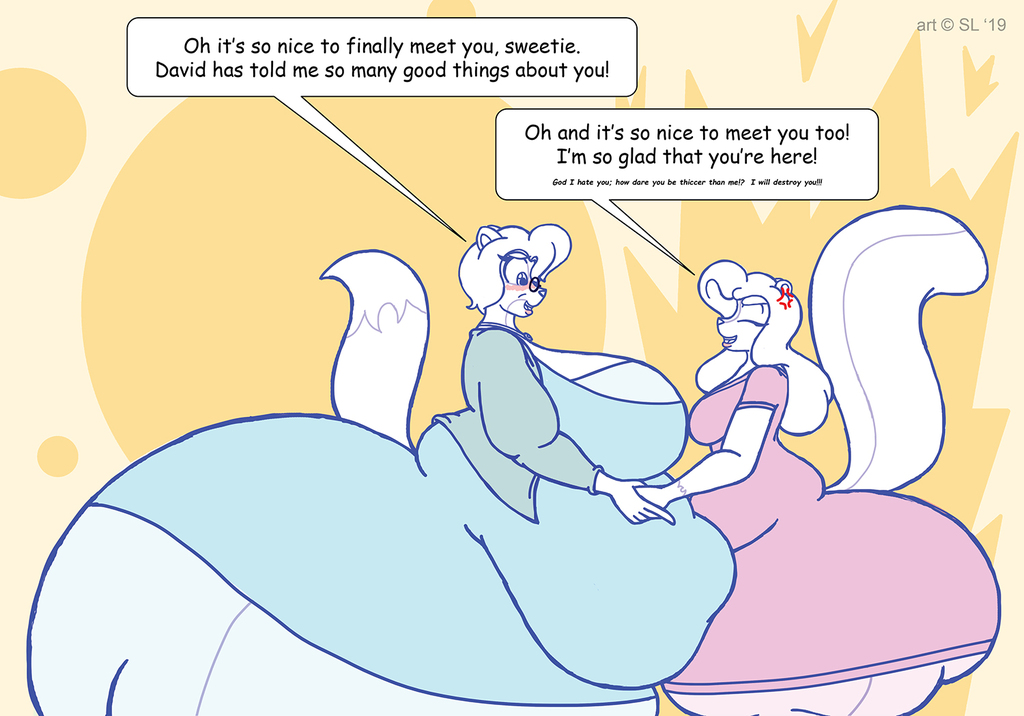 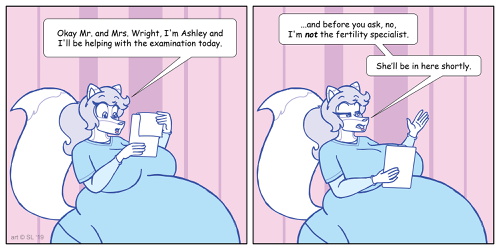 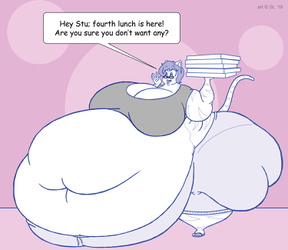 Figured that it'd be a matter of time before Tilly got to meet Chelsea in some capacity; so here they are together, meeting for the first time.

I like to think that it happened fairly innocuously; Chelsea was visiting her father David (since despite living with her mother, Camille, Chelsea likes to visit her father every so often - usually on the weekends), and shortly after arriving at his home, she comes across David's new girlfriend Tilly (as she was visiting him at the same time).

The two see each other, David nonchalantly introduces them, and then Tilly swiftly moves in and gives Chelsea a quick, yet motherly hug; thus leading to the exchange pictured above.

Needless to say, Chelsea feels rather conflicted over the whole affair. On the one hand, she's actually glad that her father is dating again; especially since believe it or not, Chelsea's been trying to convince her father to "get back out there" for quite some time now - if nothing else, so that he didn't seem like such a "lonely sadsack" all the time (since despite having gone through the divorce years ago, David had a hard time even accepting that he could ever love again, let alone build a new relationship with someone else).

On the other hand though, when Chelsea told her father to start dating again, she didn't expect him to come back with someone like "her". I mean really, it was bad enough that this "Tilly" person was so much more bootylicious than she was, but did she have to have a body that'd put even her mother's figure to shame?

This simply could not stand - Chelsea would have to figure out a way to get rid of her at some point; but for now though, she'll have to play nice. Don't want to make too much of a scene just yet; so for now, she'll just have to mutter her thunderous disapproval under her breath.

Anyway though, I hope you all enjoy the piece (even if Chelsea herself seems to hate the current situation). =3