A Duo of Round Vixens by SatsumaLord 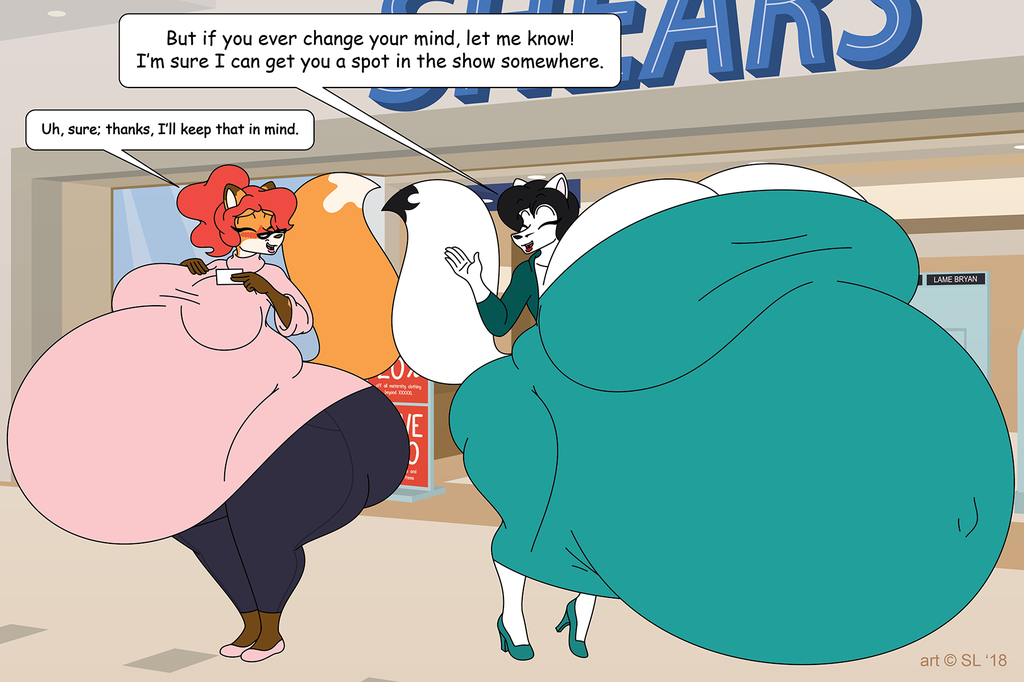 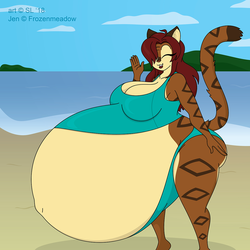 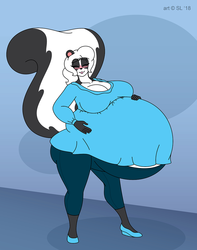 A Duo of Round Vixens

A piece recommended to me via my Suggestion Box over on Patreon ( https://www.patreon.com/satsumalord ).

While coming through the entrance of a Shears department store (so as to get into the mall), Irma Phillips (the now named vixen from here ---> ( [link] )) ends up coming across a heavily pregnant Nicole, who seems to have taken an interest in the rather pregnant pear-fox. And by the looks of things, Nicole is attempting to convince Irma to be a part of her burlesque troupe (despite being just a part-time burlesque dancer, Nicole likes to sometimes help scout around for "new talent").

Irma politely (and bashfully) declines Nicole's offer however, as the round redhead is much too shy to ever be seen in such a show (she doesn't even like going outside, imagine her trying to "perform" on a stage, in front of a live audience).

Oh and as a side note, I'm thinking of having Irma be a librarian, maybe even a coworker to my Maria; I haven't really decided yet though.