Haleigh and Marco: The First Meeting by SatsumaLord 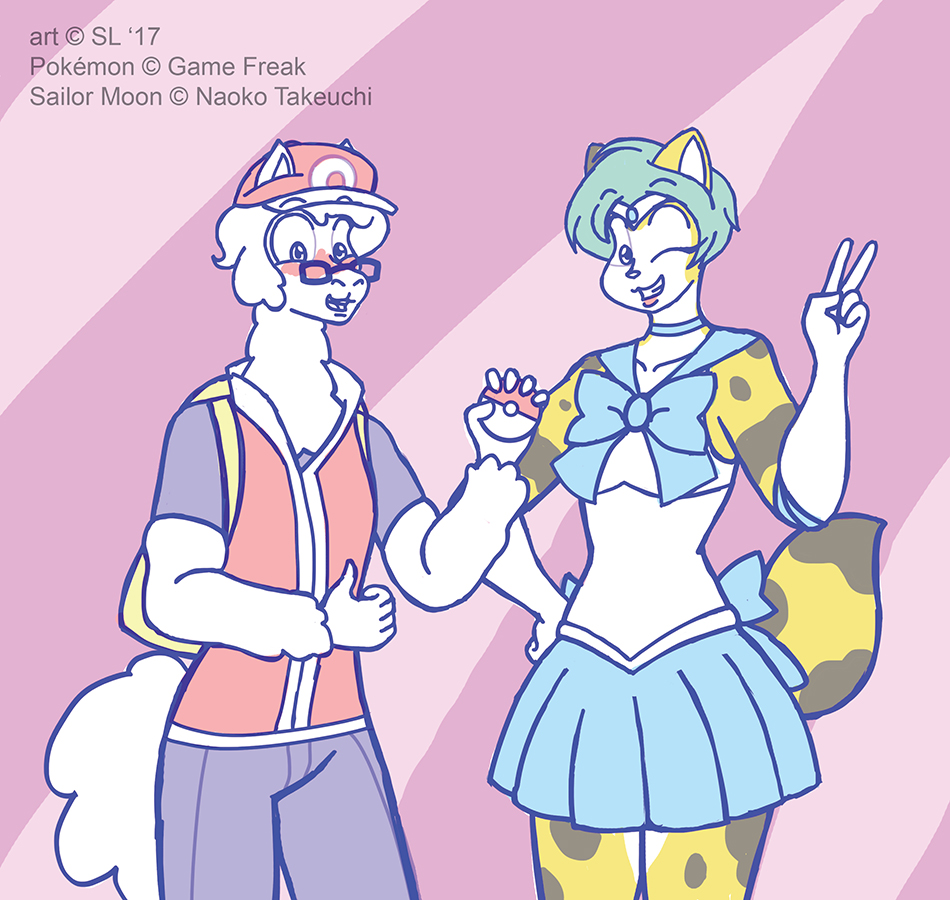 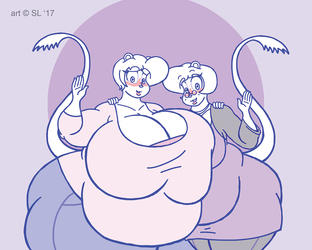 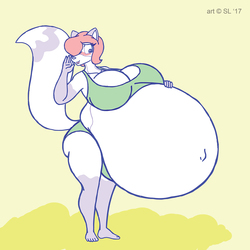 Haleigh and Marco: The First Meeting

After my last Haleigh pic (i.e. this ---> ( [link] )), I was inspired to try and do a prequel piece of when they first met about three years ago, as I thought it'd be a great first look into what they were like at the time. :)

And before people ask, yes, Haleigh looks very different here then what you'd usually expect of her. Well, there's a simple explanation to all of that.

Haleigh dyed her hair for the convention; you know, to better go with her Sailor Mercury cosplay (because Sailor Mercury is totes "Best Sailor Scout"). =p

......OH! And Haleigh was originally pretty thin before meeting Marco; in fact, she didn't even start to get her gratuitous curves until about 2 years after their initial meeting. By that time, they had moved into the same apartment together and Haleigh started gaining weight about 2 months into their new living arrangement.

As to how and why she was gaining weight, well, long story short, Haleigh was convinced by Marco to try out a new experimental allergy drug for a medical study, due to her crippling seasonal allergies (Haleigh would be practically bedridden during the first few weeks of Spring and Fall). The new allergy drug worked wonders, virtually curing her seasonal allergies, but there was a serious side effect to the medication; namely a severely slowed-down metabolic rate

This turned out to be a pretty big deal for Haleigh, since before taking the medication, she'd be able to put away several plates worth of food without ever gaining a pound. Now that her metabolism has slowed-down however, her eating habits started to catch up with her and it just so happened that all of that fat accumulated around her hips, thighs and buttocks; and in about 8 months, she became the size that we know and love today.

But enough about that, as for the pic itself, this is the first photo they ever took together when they first met at the "Doma-Yami Con" anime convention. Haleigh seems used to having her picture taken at conventions, while Marco (who's cosplaying as Red from the Pokemon games) is just happy to have his picture taken with a cute girl.

Anyway, sorry for the somewhat rambly description and I hope you all enjoy the sketch, despite the lack of "hot curvy thickness". =p