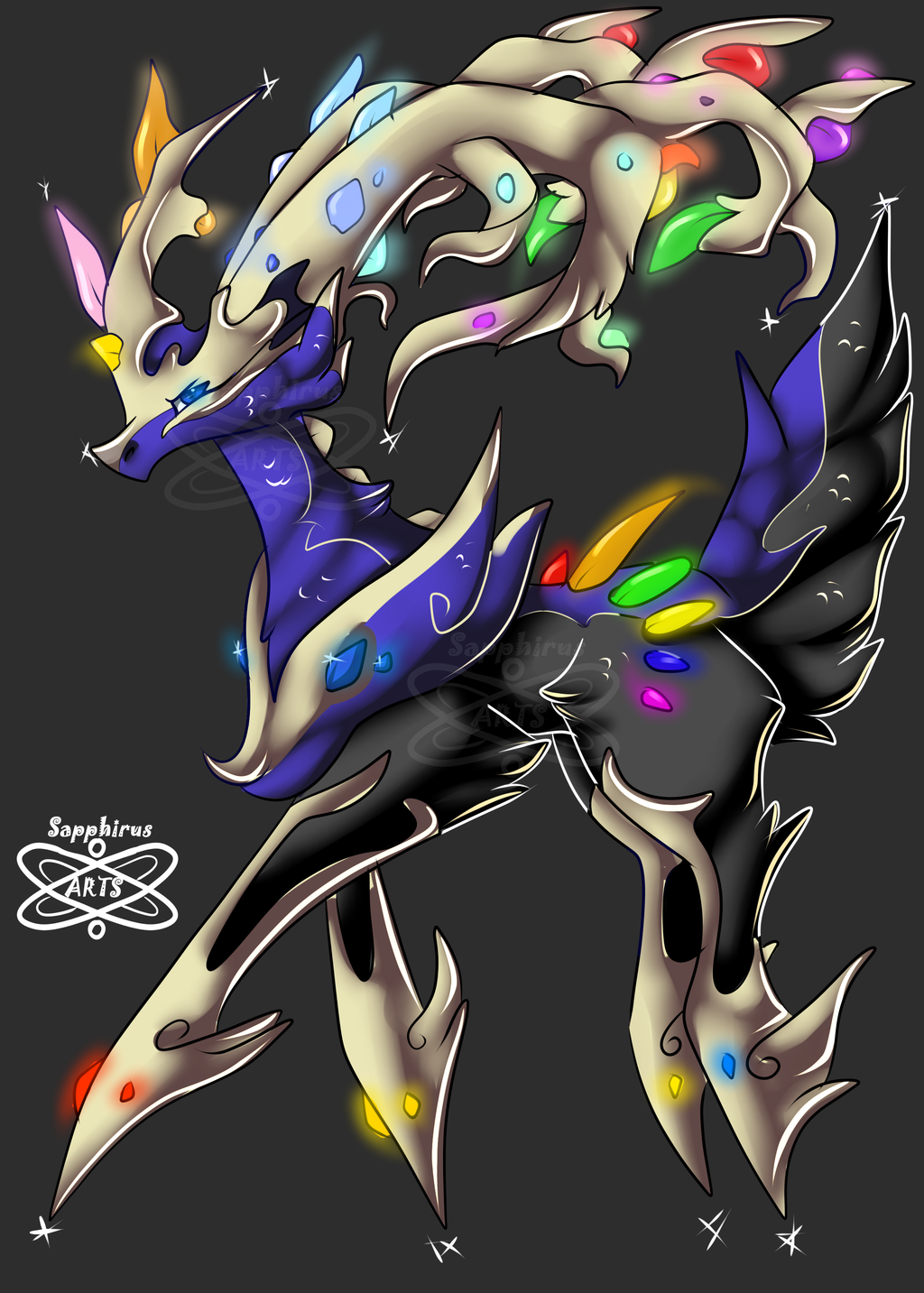 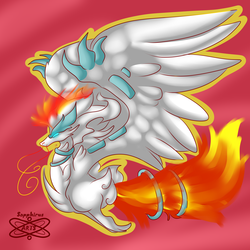 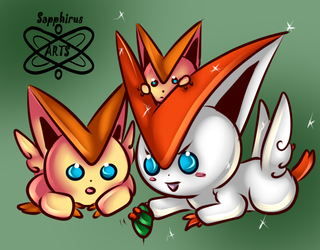 Im VERY happy about how my design for Mega Xerneas came out. Now I orignally imagined a Dragon/Fairy mix a few months ago, drew an oc pokemon didnt like it, forgot about it. Then I decided I got bored and wanted to draw a normal Xerneas, soon as I got to the antlers LOL, so complex and annoying to draw. I'm like "FUCK THIS IM MAKING A MEGA XERNEAS TO AVOID DRAWING ITS REALY ANTLERS" and here we are!

Type: Dragon/Fairy
Mega Ability: Array of the Dragons and Fairies:
Protects Dragons and Fairy type pokemon, giving them all on it's party 80% dmg redution from all attacks. Boots both Dragon and Fairies by 50%, if this pokemon is attacked, the other side of the party (Opponent) gets punched in the face and the battle ends.

(Another Chuck Norris based joke like for my Mega Arceus LOL )