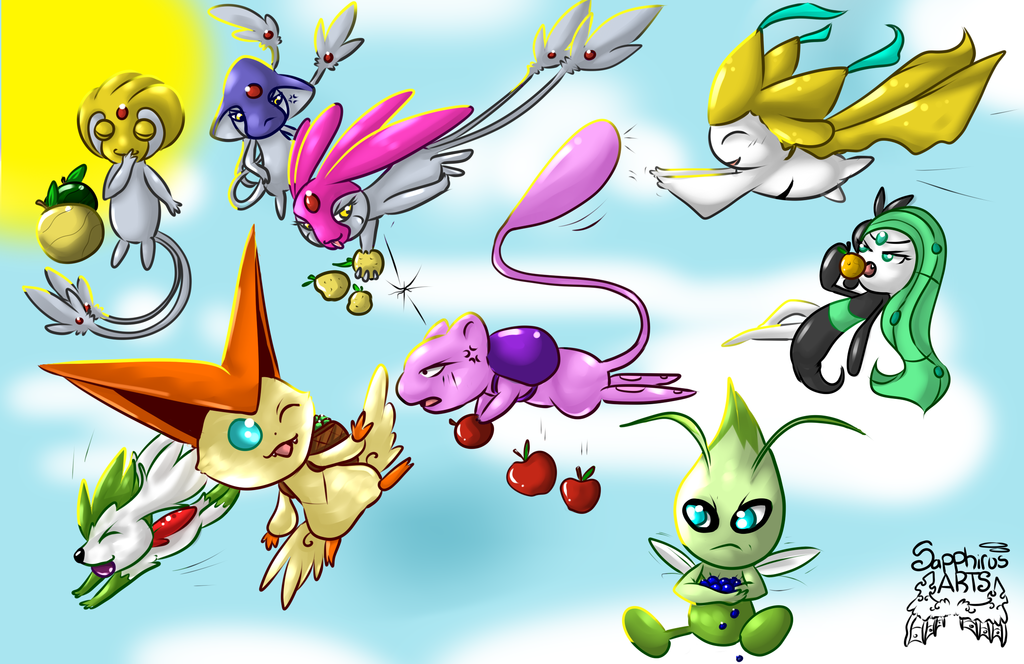 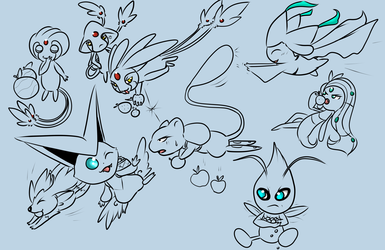 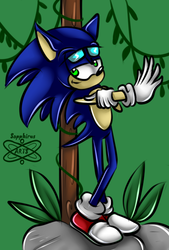 Pokemon Fairies, well....special pokemon capable of flight. I had fun with this. I do commissions too so look here for more info. Digital art works.: http://tinyurl.com/ComSapSheet

Berry and fruit race. Whoever eats all of the other Pokemon's fruit looses, but it's also a levitation or flight race also. Mesprit has a Mew crush and loves picking on him (He's male in this pic, even though I think of Mew as Female). Mesprit got to Mew's Sitrus berries before him, his fav fruit, so she teasing him about it.

Celebi's really worried about his oran berries being stolen by Mesprit too so he's clinging to them, Azelf already got his taken from Shaymin, who has his one plum fruit left. No one dares go by Uxie's Mango and watermelon because you know what happens when he opens his eyes. Jirachi is having fun picking on Mew's tail while he's being distracted, he's losing the apples he used telekinisis on, backpack has more in them.

Victini's the only one carefree, trying to keep everyone cheery, he's keeping up with his green grapes in his backpack basket.

Mew: I hate you so much Mesprit.

Meloetta: Im keeping my eyes on you all, don't steal my fruit.