Dragon Mistress and the Stubborn new recruit.... by Sapphirus 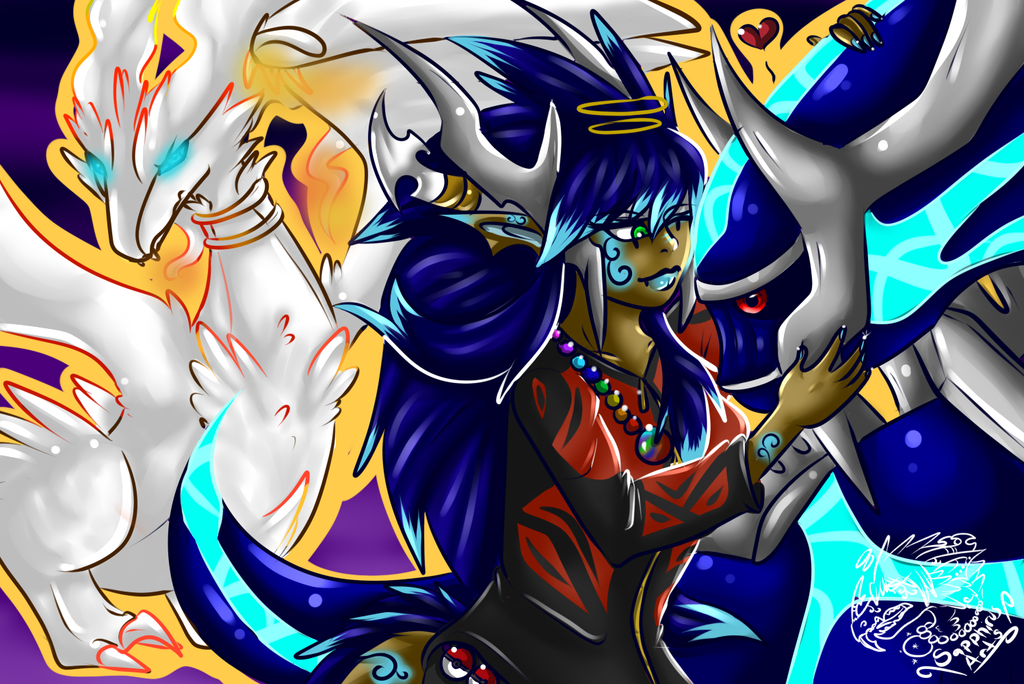 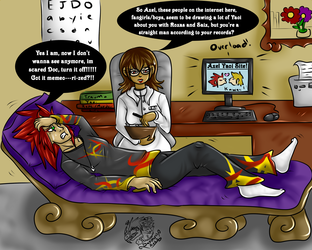 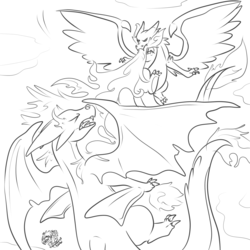 Sapphy's right arm is positioned wrong I know, when I was doing the lineart, I loved how the hand looked so much, so I got kinda lazy to fix it thinking I was gonna fuck it up after, I know im a terrible person >_>

Sapphirus and her Dialgia (named Sapphirus also) have bonded a th most during the years, along with her Palkia Supphirus, Giratina Sapphiras. Zekrom Zapphirus, Kyurem Safficeius were slightly newer to her party. The stubborn Reshiram was the one to complete her group of dragons, being a dragon Goddess herself, so she was a natural mistress, though the reshiram was stubborn at the begining.

(Ok so this pic, I made this reshiram stubborn, and isn't cuddly like Sapph's Dialga, so she gives him his space, though he's a big jealous of her Dialga as you can see, he's still slightly new to her team. If I was to name him, would be Axel most likely or Saffire...

(Some time later after that few months later I traded one of my legendary Musketeer pokemon for a Reshiram with a Japanese symboled name I dunno the meaning to yet, so I could'nt rename it. Damn traded pokemon rules lol)

Also, Sapph always wears her Dialga horn headgear, for fun and her fandom of Dialga. xD