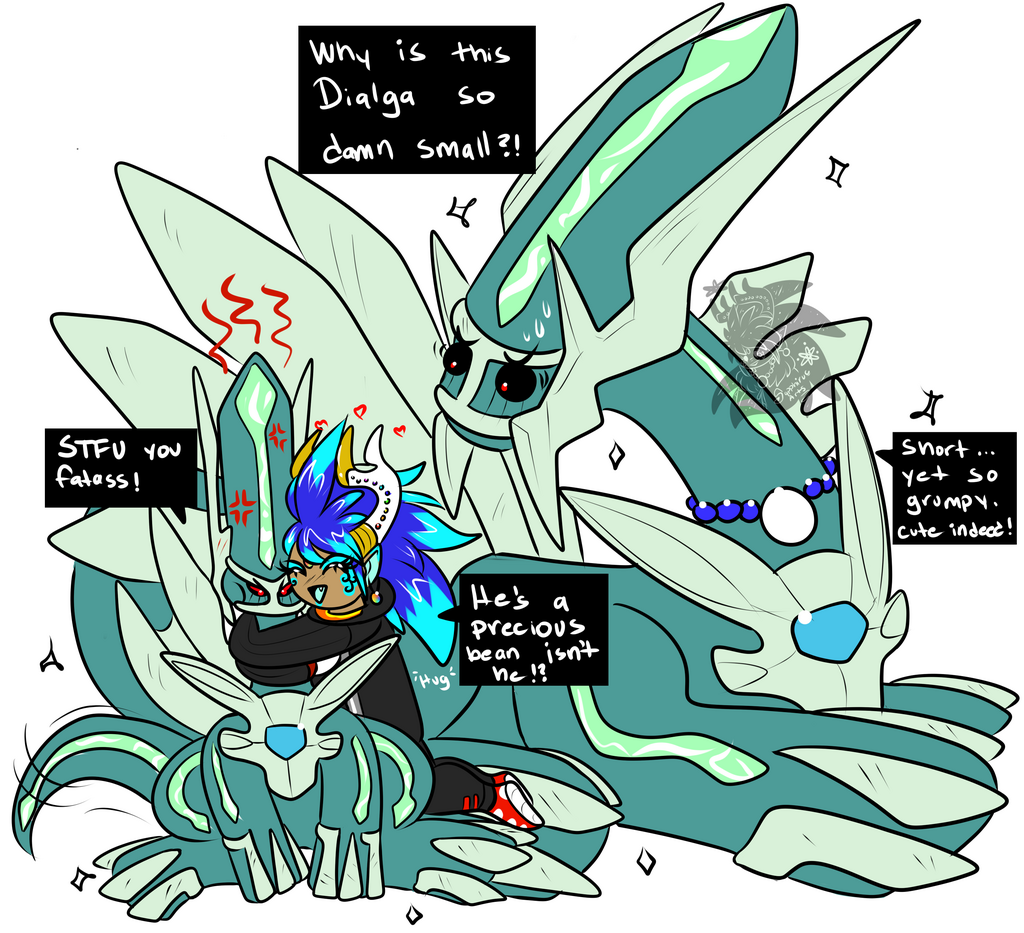 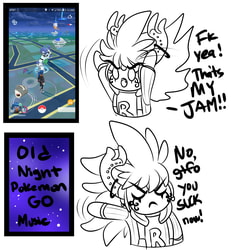 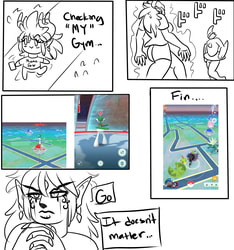 Ok so i colored it.
EDIT: I JUST REALIZED, this is weight instead of height when it came to the extra small stat, just pretend it's heigh...for the fun.. >.>

When I caught my miracle here, I was quite surprised. There's Dialga raids going on from Pokemon Go, so after all day yesterday of torture etc, this was my reward, and now it' worth it, a XS shiny perfect Dialga, will think of a name for him later but for now, Sapphirus's first shiny Dialga (from official) is gonna have a field day with him, didn't think Arceus would create unusually sized legends.

I managed to make the smoll fry with a pout face. Sapph's Dialga is ironically named Sapphirus too, and like I prefer my pets irl, they're both male. In these cases, Sapphirus doesn't treat them like that since they have their own intelligence way superior over that. Companions is the word, in her language, equals.