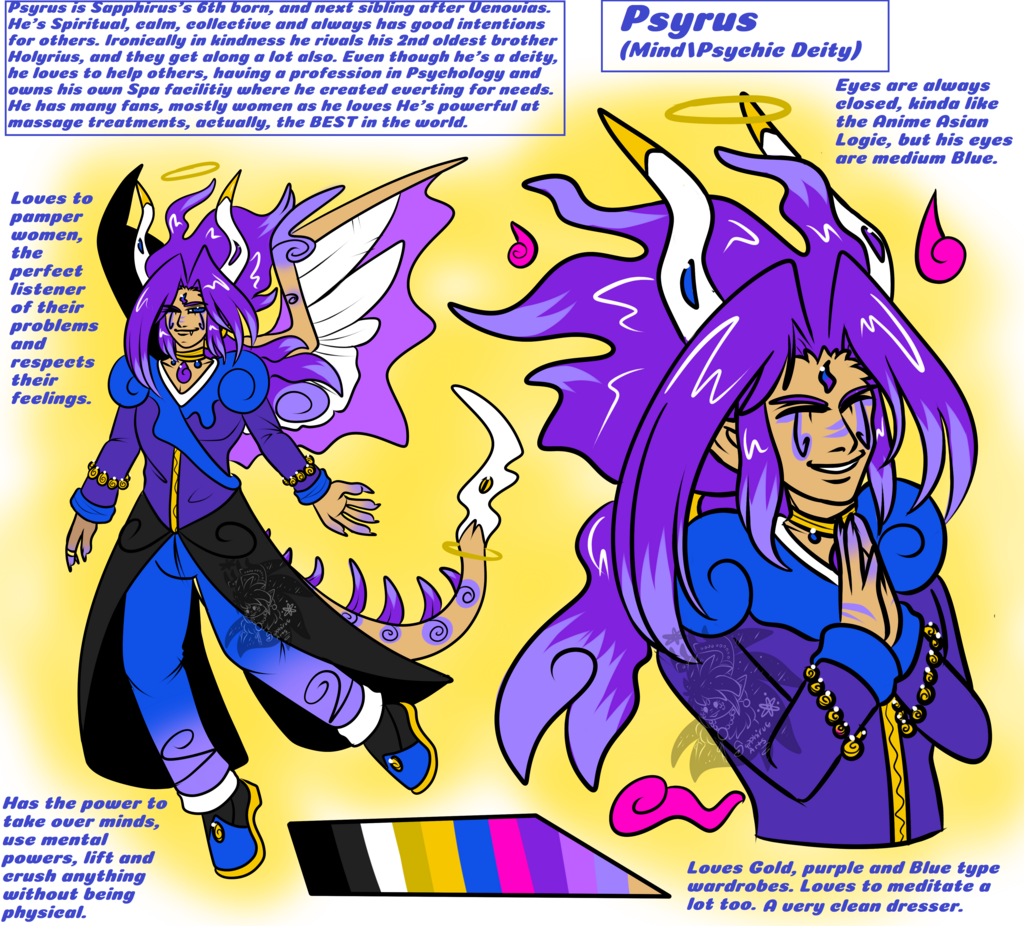 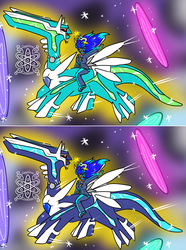 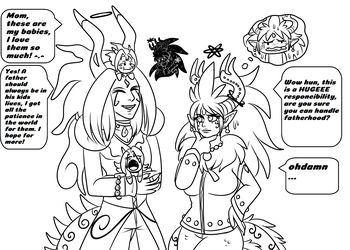 Meet Psyrus, the Mind/Psychic Deity, and Sapphirus's 6th born. He's kind, considerate of other people and their needs more than his own. He's a meditate type of guy, professional massager and at a high level in Psychology. The guy will never get bored of your stories, so he'll fit in well listening to a woman's feelings, and he loves to pamper their needs. (This is why they're obsessed with him.) Ironically his kindness can rival his 2nd oldest brother. He doesn't do anything non-consensual, so if the women wants to have his babies, he'll gladly grant them their wish giving them a rollercoaster of sexual pleasure at will, he even helps with raising his kids. (No Manipulation is used against them, it's against his morals even though he has the power of all mental stuff, this is why he's so kind in such a way that he's this adored.). He rarely uses his wings, like Sapphirus, he loves levitation more, so they're hidden. His eyes are normally closed, like the Asian logic in Animes etc, but his eyecolor is medium blue.

•Personality: Shows compassion for others instead of just himself, he's very spiritual, into Psychology, can massage like no tommorow. Loves to dress fancy, usually outfils that's blue, purple, or gold.

•Loves: Women, listening to peoples problems and to help them with advice. Peace, Love, kindaness, helping others with Mental issues and getting them past the negativity they cause to one's soul and body. Loves his mom.

•Hates: Negativity, violents. Ironically he can take over anyone's mind if he wanted but he doesn't. (Unless emergencies like an attacker etc.). Can't stand his negative type sibilings.