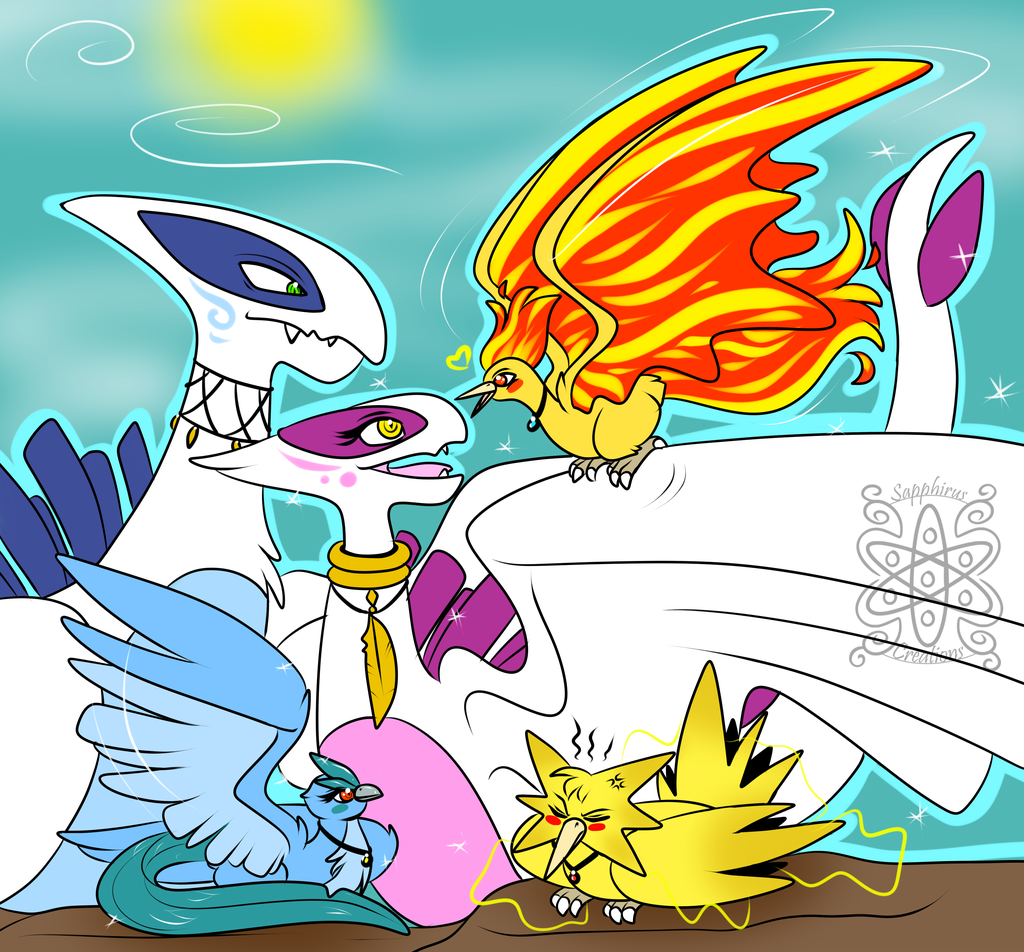 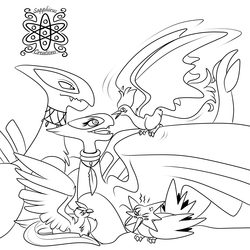 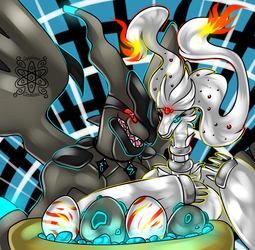 Note: I Love giving legendary pokemon genders, so they all have one. I don't do enough fanart etc so I took a breather from adopts and made this. Last pic I did related to this: http://www.furaffinity.net/view/19467036/

Drew a Legendary family, a Male Lugia and a female shiny one found these eggs abandoned pretty much, and they missed raising babies after their own went off on their own. Zapdos, well he's stubborn and don't like the other two much, he remains to himself, Articuno is super positive and loves to bring positivity to her family, Moltres is the last to learn how to fly since he sucked at it longer than expected, so he got some pointers from Articuno. They each wear a piece of jewelry around their necks, the baby birds wear reversed orbs from eachother so they're not matched for a bonding type of reason. Also, I considered Lugia more dragon than avian so yeah. :D