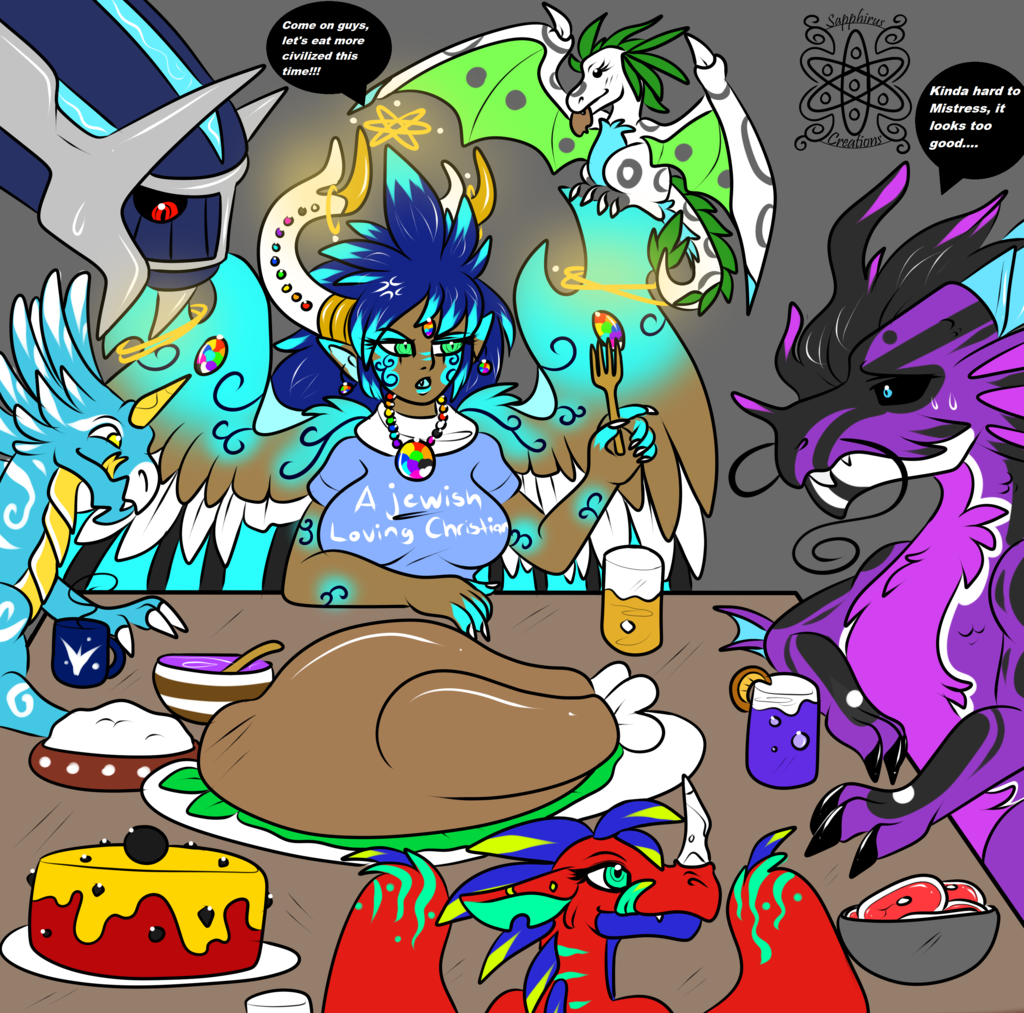 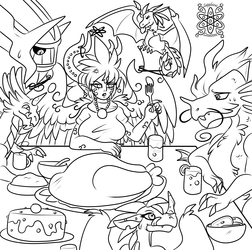 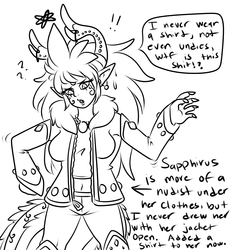 It's thanksgiving, and Sapph's trying to encourage manners from her dragons. She created these (But the Dialga), though ironically he's the most well behaved, everyone else wants to rip up the table for the food, and since when do dragons eat in a civilized manners anyway? Sapphirus's base form is kemonomimi so she has the human like personalities more in that, if she was in her true form of shapeshift forms, she'd feel how they do LOL.

There's Sapphirus (The male Dialga), An Ice/Electric male dragon (one drooling over the turkey), a female Fire/Water dragon (One looking at the steaks), a Male Dark/Venom dragon (2nd one speaking), and a Nature/Wing mini female dragon which is sitting on Sapph's left wing. I don't got names for them atm.