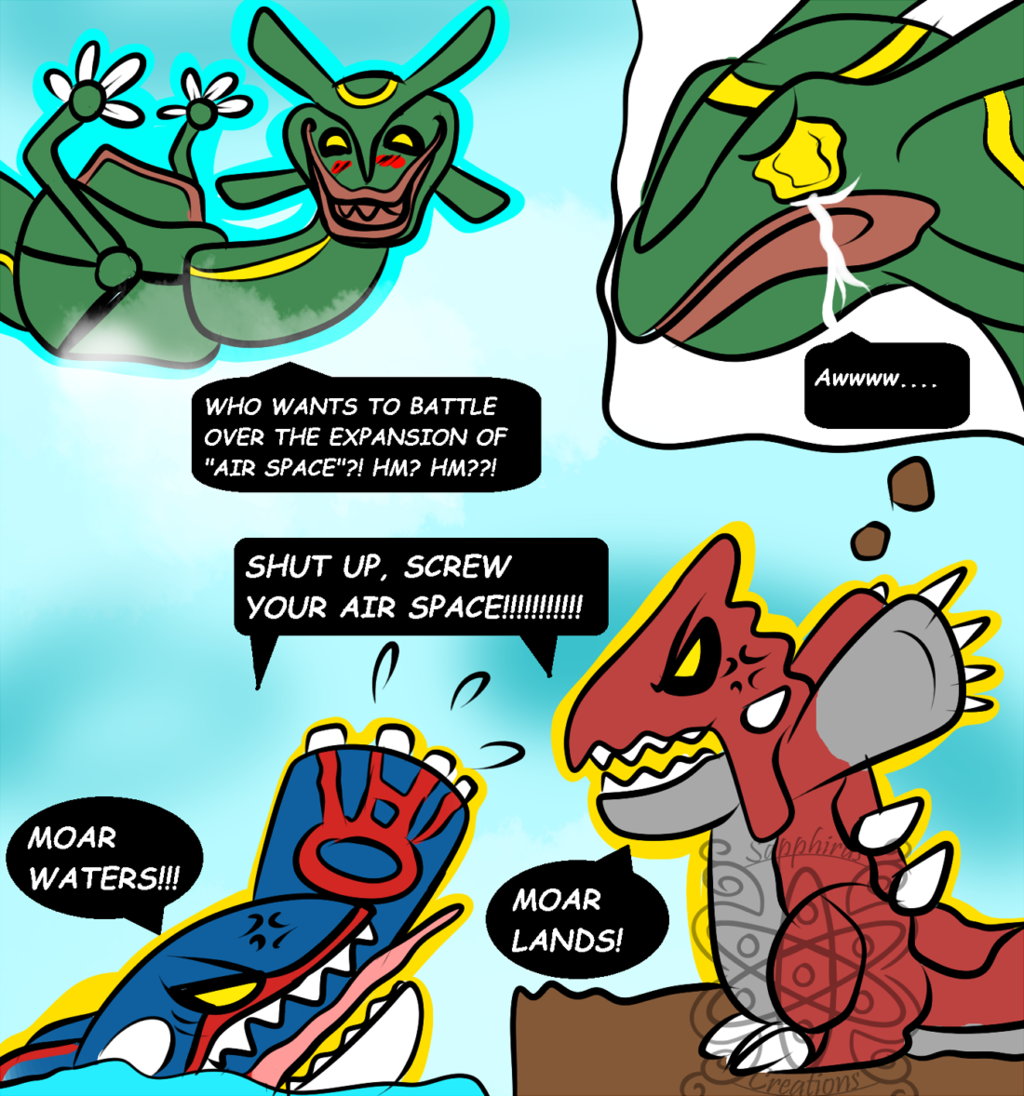 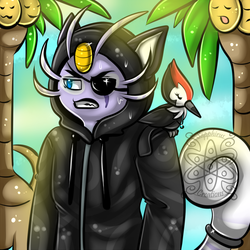 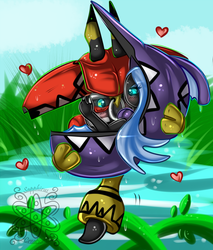 This was a idea I came up with while sleeping LOL, so I decided to do a lazy doodle on the quarrel between the Hoenn legends, usually Rayquaza's the one who stops the battle between the land and water titans but....fighting for more air is pointless since you can't expand it.....which is why the two at the bottom are mad at that request.