Hello I am Sanura from the cold state of Michigan. I am a seamstress and fursuit maker.

If you are interested in purchasing a commission from me, just shoot me a note with what you are looking for and I will get back to you as soon as possible.

I am always taking quotes for suits, if you would like your own quote for a costume piece feel free to check my website and fill out a quote form.

I attend lots of events and can usually be seen running around in my demon wolf character Fenra when I am not behind a table vending. :)

Commissions I am currently taking: 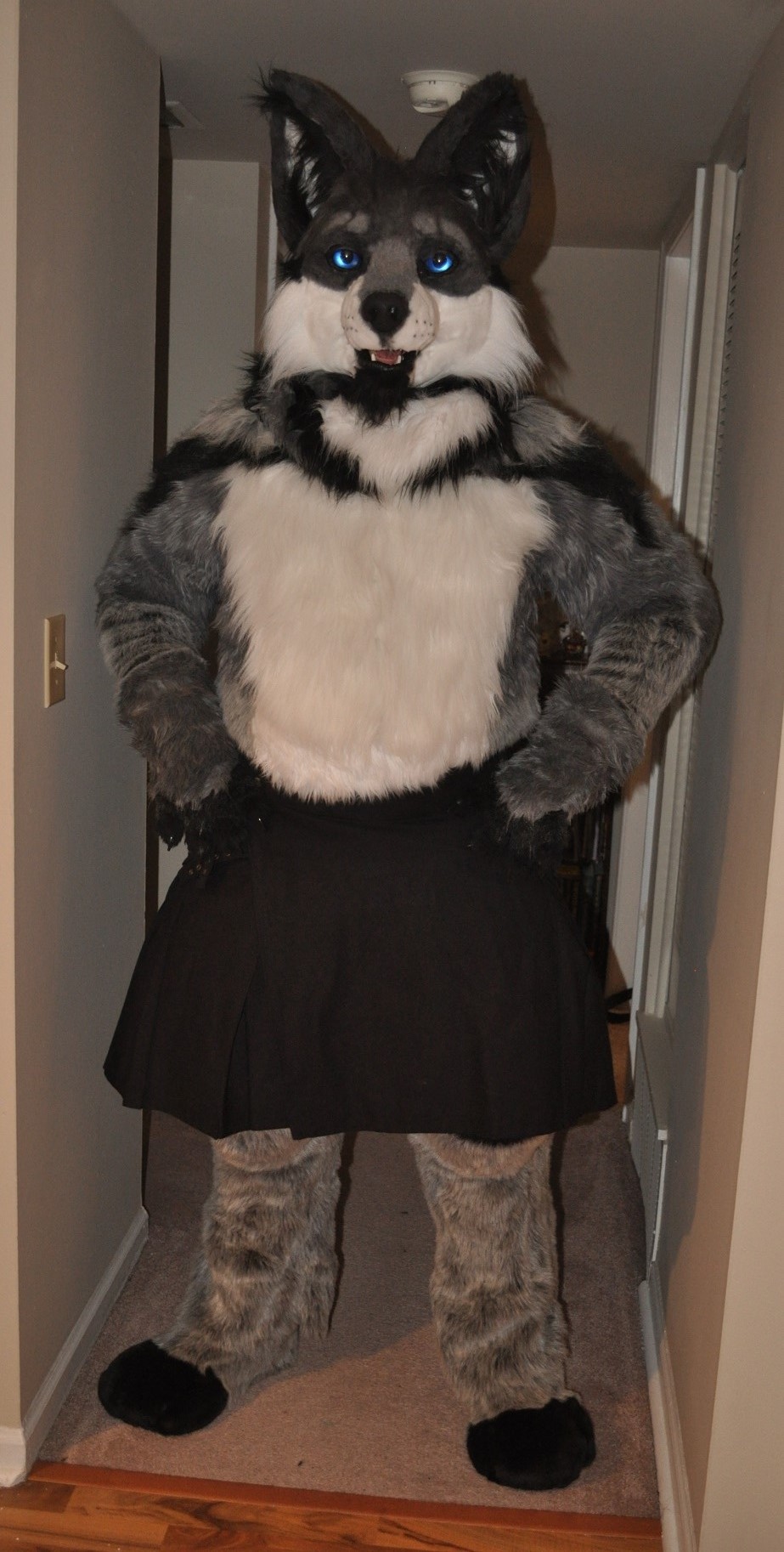 Things have been making a fairly steady progress. I have the set of legs almost done. Just sewing snaps to the inside of the legs, and getting the belt loops taken care of.

After that I have a set of hand hoofs and two tails.

Then I'll be starting on a cross fox hoodie and a fullsuit to match!

In between the orders I also have a trade and some con prep to get done.

I won't normally post personal stuff, but I did have a bit of a medical scare two weeks back. I had to go through a lot of poking and prodding from doctors just to get an inconclusive answer. :/ Next up will be another round of testing. But for now I am on some meds to take care of a few things. So if I do end up having to take a few days off of working, it is probably for medical reasons (though hopefully I'll be able to make an announcement should that happen!)

I also just returned from a week away. I was managing a woman's seamstress shop while she was in NY visiting her daughter! It was a load of fun, and made me realize that I should really start focusing on not just fursuit making, but also maybe go back to focusing on my original goal of becoming a costumer!

Don't worry though, it won't mean I'm giving up fursuit making at all! But I may have to take fewer commissions in the future, and start doing some more serious costuming with the Civic theaters in my area.