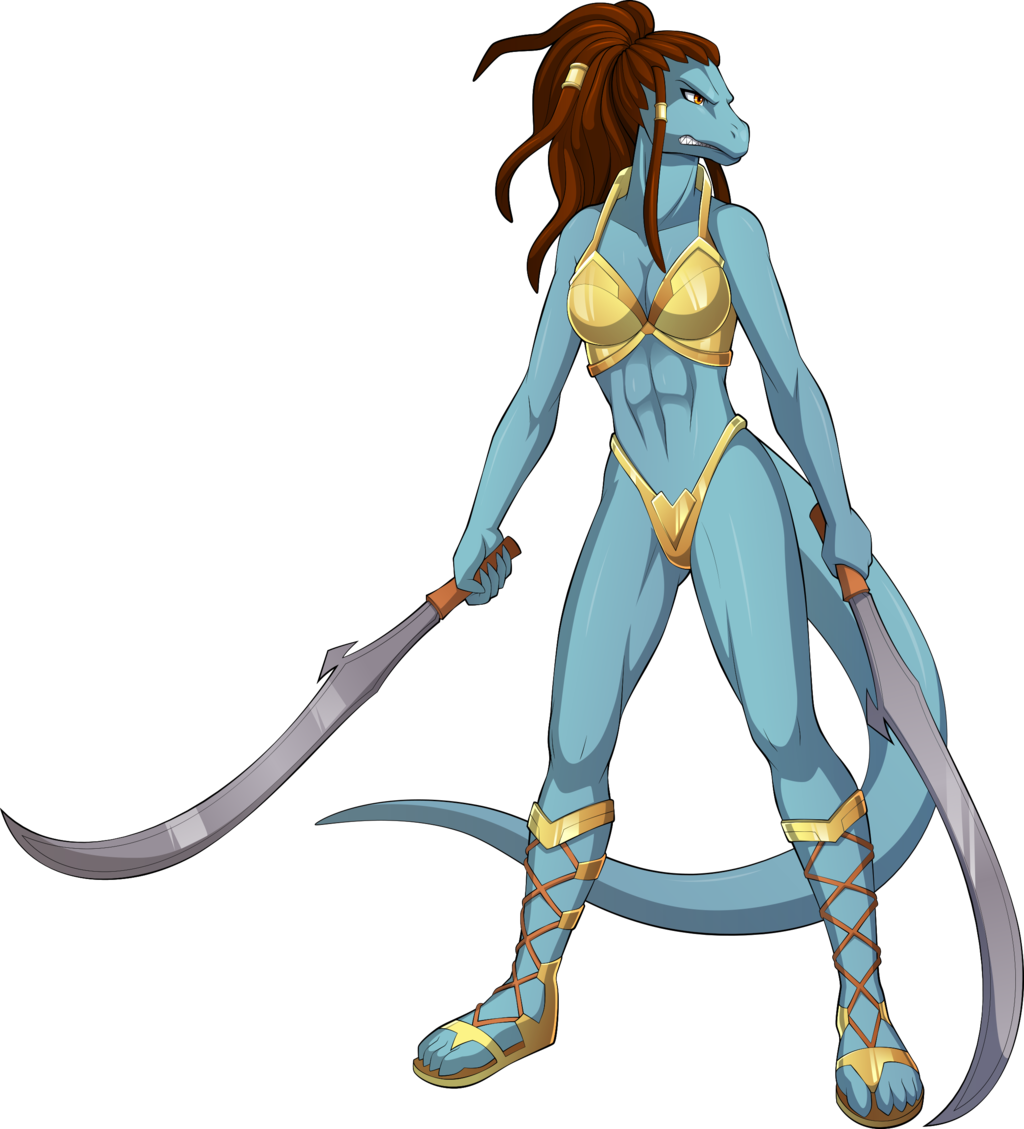 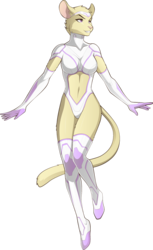 
Exiled from her lands for ferocity that terrified her people, legendary warrior Ashanti Amara was captured and delivered to Beacon City by Tamer, the villainous lioness who was only too eager to demonstrate her title to the aggressive and proud lizard princess. But thanks to the intervention of superhero Bedrock, she managed to escape and became one of Beacon City's heroines.
Bound by an incredible lust for combat and competition, she became known as "Serenade" for the brilliant violent dance she performs with her two swords during battle. However, her bloodlust is tempered only by her relationship with Bedrock, unable to imagine why the powerhouse bull from the UK could be such a gentle creature.