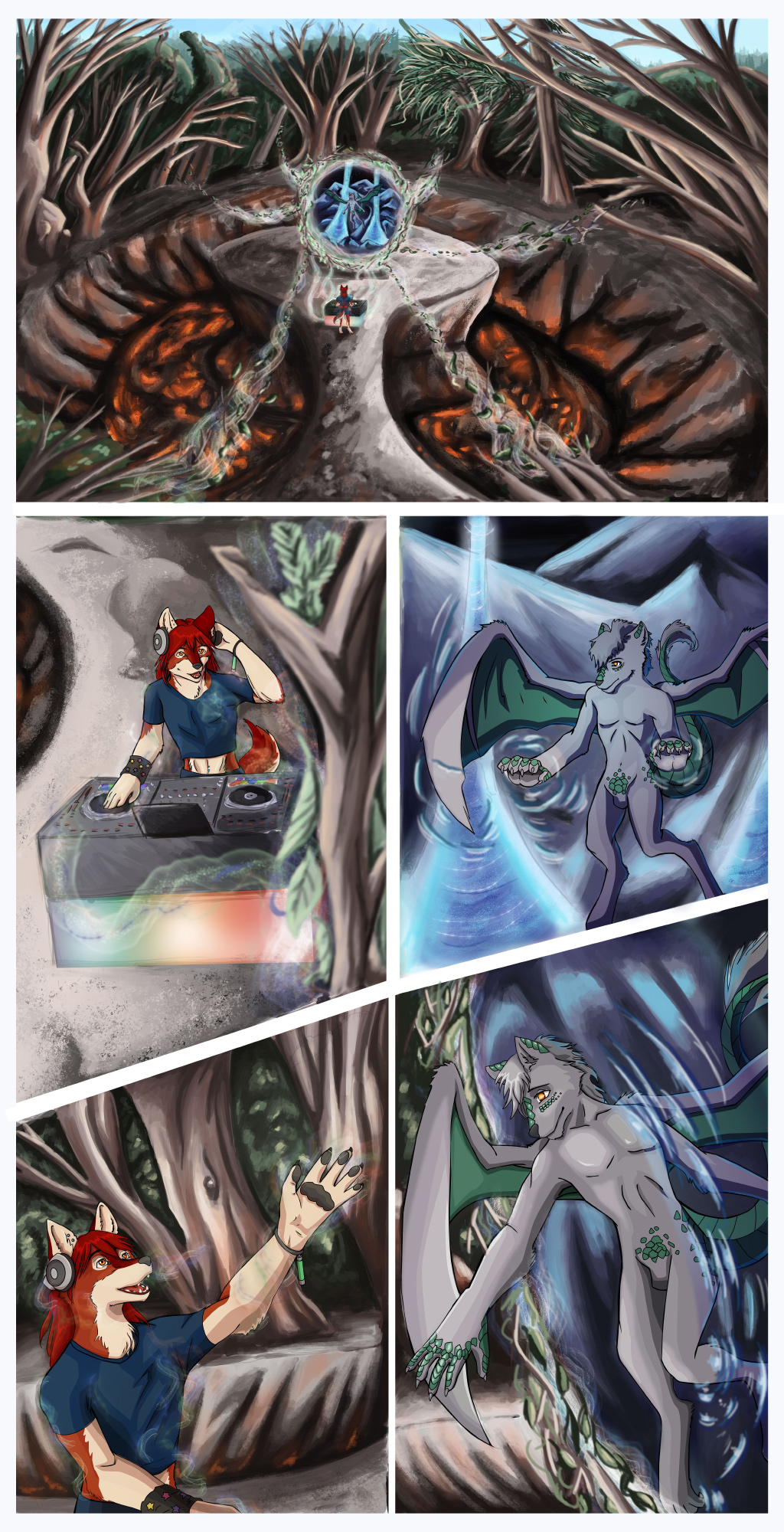 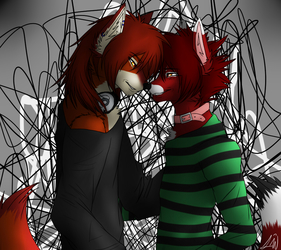 Nelizar got this for me about a year or so ago and I was blown away that first off this was a free piece and second that it was pretty deep. He created the character Ciri to appeal more to me but his fursona, at the time, was a wolf dragon snake hybrid. He knew I found that character more personal so for such a personal piece, he used him with it.

I hope he won't be upset with me for explaining it but let's just say Nelizar had a pretty secluded life. I can't go into much more than that but he's always been lost in his little world. When I flew up to visit him finally after several years, I got to see how bad it was. It's not his fault either. His mother, an amazing soul, let me borrow her car and I took him out to restaurants, movies, parks, stores, Taco Bell, casinos, and more... just getting him out into the world. And we both had so much fun.

While we didn't click romantically like we had both hoped, I feel a lot of it is we're from different worlds and his is more dark than mine despite what I've been through in my own life (rape, jail, cancer... you know small things)

When we first met, neli was on a downward spiral and I fought and fought for him trying to get him to not go down the dark path he was fighting to be on. I feel I did that but that it took something from me. I always felt DJing as a way to communicate with others and try to share my feelings with others and to speak when words won't do. This piece shows me trying to pull Neli out from his place using music (a symbol as my love, support, passion, etc) to show him there's a much better world out there and I want to show it to him.

This is why the last panel has him nearly out of it and about to take my hand.

And I can happily say even though we aren't mates, he has improved 180 and I will always be his friend and keep him in my heart no matter who shall come after him.