The House Crests Of Sanctum Polis by sanctumpolis 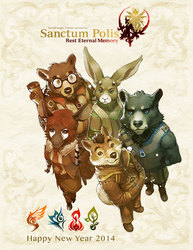 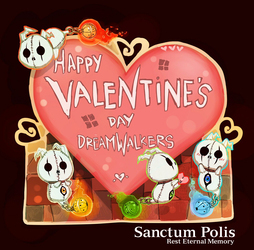 The House Crests Of Sanctum Polis

If you still don't know which House you might belong to, be sure to check out our Official Quiz.

These designs will be the images emblazoned on the T-Shirts we intend to give as a Kickstarter donation incentive. More details on that will be revealed once our main website goes live.

As a special treat for those of you that have read on this far here is a little more history surrounding the world of Sanctum Polis - Rest Eternal Memory.

As far back as we can determine, there have been two worlds that overlap but are on separate planes of existence. One was ruled and inhabited by the creatures of Lunus and the other by Solaris and her denizens. The worlds were once connected and one could have traveled freely between them but this lead to a tragic war. Solaris, in her eternal mercy, descended from the heavens and took a physical form. She gathered four apostles, those with the strongest magical ability, to bring back peace. However she was betrayed resulting in the destruction of one of the worlds. Solaris moved all of the survivors to the other world and sealed Lunus in the now dead world along with the magics that the people were once given access to. For many centuries all travel between the worlds was shut off. However, our souls are rooted in mystical energies so the disconnection from magic had caused this "real world" to become dull and meaningless to all those who lived in it. Solaris took note of this and created a passage into the other world that can only be entered by a soul through the subconscious so that they may not consciously be affected by the evils of Lunus and to ensure that they don't bring back any of that evil with them. Dream Walkers, however, are those born or trained with the ability to retain their consciousness in the "dream world" and experience the magic of that place first hand. The "dream world" has become engulfed by pure magical energies and every living person has altered a small part of this world, bending it to their imagination. Dream Walkers may enter a persons personal section of the dream world to discover the many secrets they have hidden there subconsciously.