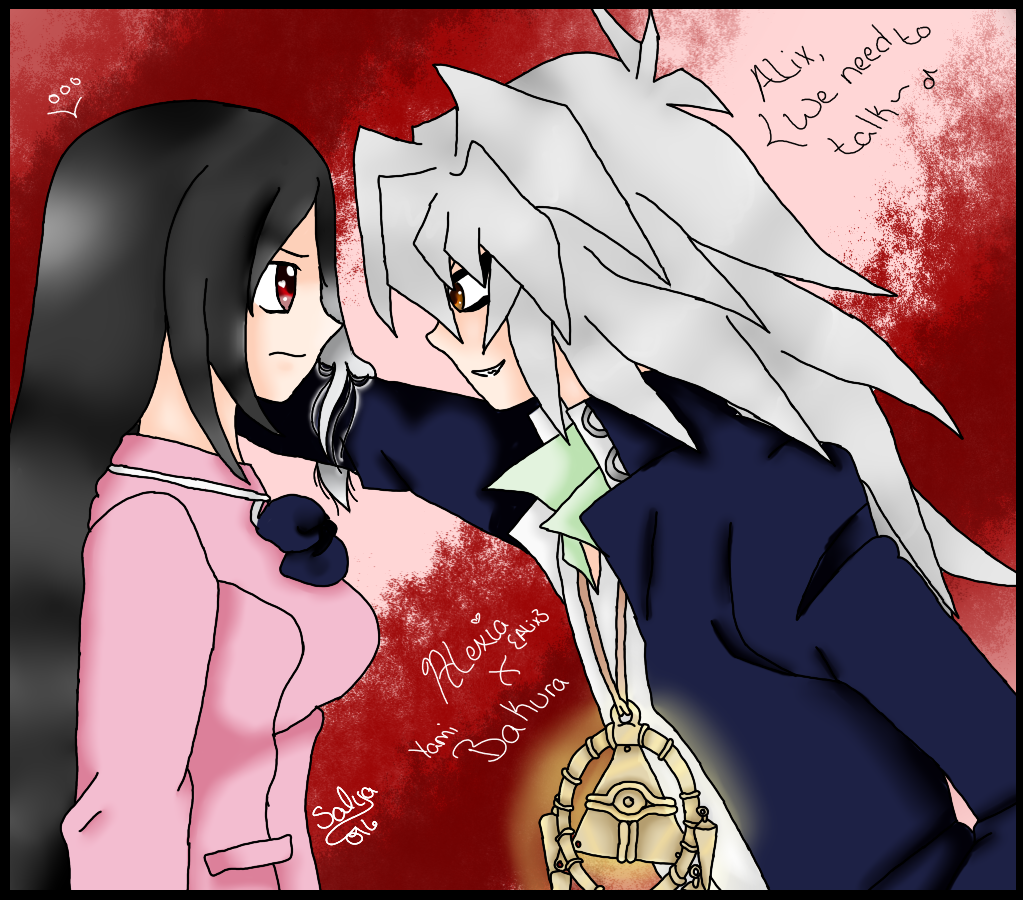 [YGH] Alix, we need to talk

-Bakura backs Alexis against the wall, behind the school. A smirk appeared on his lips. "Alix, we need to talk~" He said in a happy tune that didn't set well with her.
Alexis glared at the yami, not sure how to take his tune, but she didn't stop him nor say anything to him. In fact, she wanted some peaceful time with her boyfriend, not his yami. "..." -

Okay, for those who don't know, Alix is Alexis's past name that only Mailk(yami Mairk) and Bakura call her. Ryou and Mairk don't know where that 'nickname' came from, yet Mairk got some idea. For you see, Alexis in the rebirth of Yami Bakura's Lover Alix 3000...or 5000 years ago in old Egypt. Even in the past, Alexis and Amber were twins.
Alexis(Alix) became 'Queen' of thieves as her twin became Atem(Yami Yugi)'s queen. At first the twins were given to the king of Egypt but Alix ran away, not liking that life.

But in Yugi's time perint*, Alexis fell into love Ryou, unknowing that Ryou himself in the rebirth of That Bakura as Yami Bakura is just darkness... Sadly she falls for the Yami too. Her bitchy attitude can somehow control the Yami but not all of the time. She's really protective of Amber whom in-love with Yugi and Atem and of Ryou. You hurt Ryou nor her twin, Alexia WILL KILL you. Or lock you in a small room with Mailk. One of the two. lol

Edit: Alexia is a misspell of Alexis. Sorry.