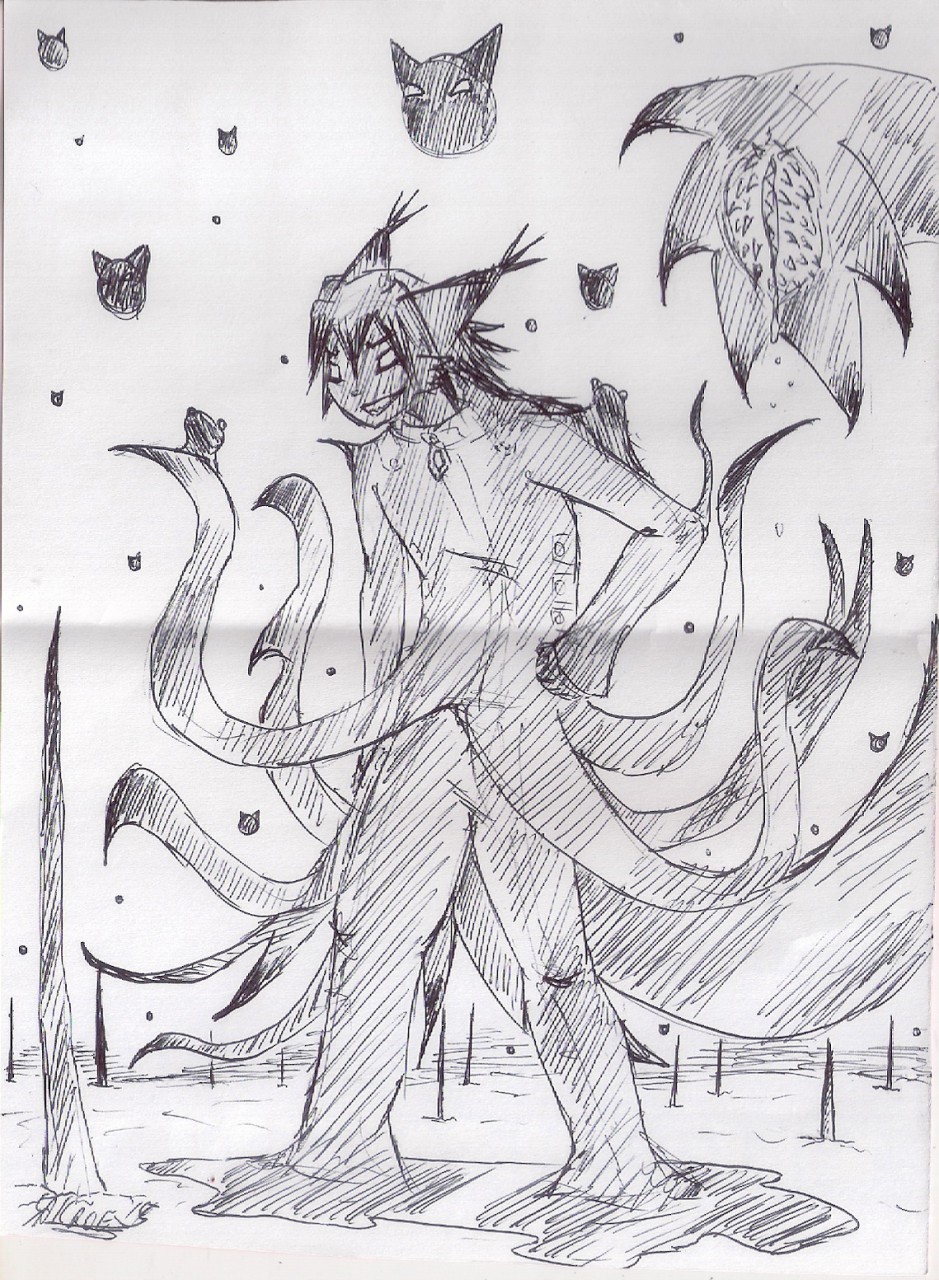 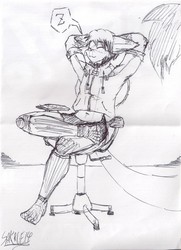 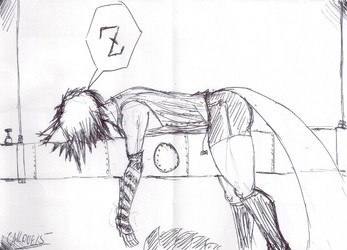 this one's been boiling to a slow simmer at the back of my head for a long while now and it needed to come out.

working retail's made me angrier than normal... so i thought, what if someone pushed sakroe over the edge too? mini-backstory is that sakroe has some experimental nanites installed in him but he's never been one to use it in anger.... soo... yeah

interestingly i was looking to make him something of a steroided up T-1000 when i researched mercury and.... well it's pretty interesting stuff actually. but yeah, basically his nanites have allowed him something close to the abilities of the T-1000 and then some. he's now able to make his own sinister kittling bots along side the capabilities of making a variety of tools and impaling stuff with liquid metal.

his weaknesses include severe vibrations and electricity. the vibrations aren't a significant issue since he can withstand it to some degree. so, the only way to use that against him is either sonic weapons or a very big explosion of some form. earth quake level vibrations make him lose his form as his nanites are unable to maintain his form. electricity will also make him lose his form on top of slight stunning or paralysis as the electricity will fry his nanites for a bit.

if ever defeated, mercury sakroe usually has several back up copies of himself secreted in nooks and crannies and even in people sometimes, so he's down but never out. deranged, mostly angry and very very vengeful, he'll be the perfect antagonist who keeps coming back.

ps, i think it's rather refreshing that you don't need to be insanely buff in order to be a huge menace to a planet.

for some reason, both songs have the word koala in their title.

edit:
also, the tail is now a lamprey

mercury sakroe is an angry