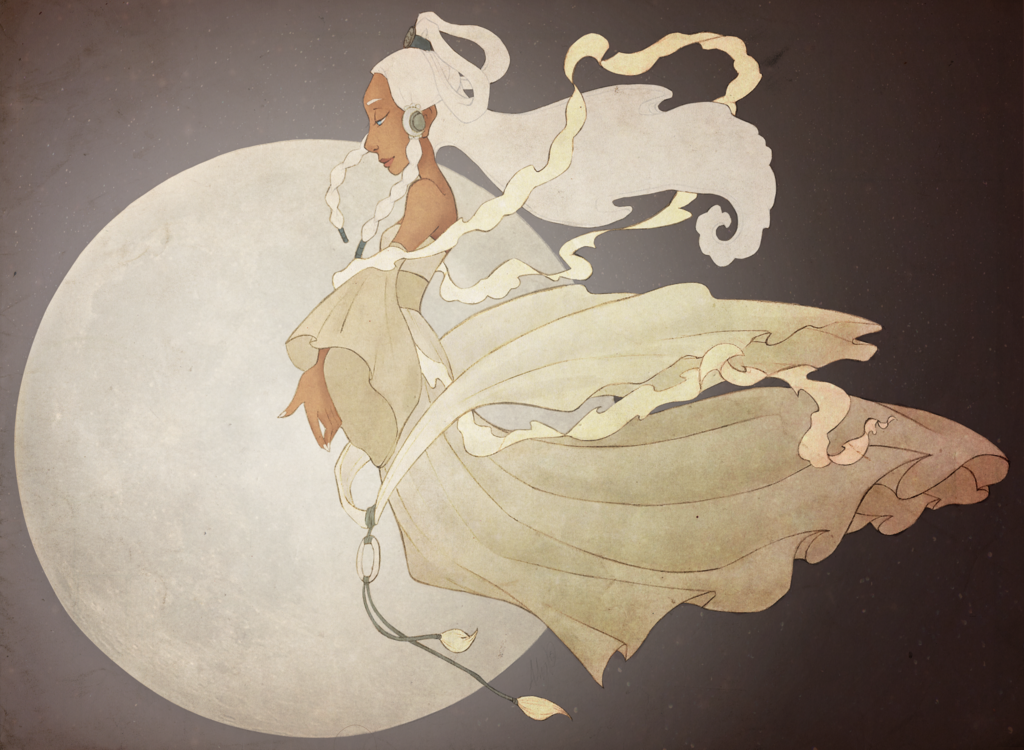 I'm a big fan of Avatar, mainly because I like to draw martial arts, but here I decided to switch it up a little, and draw Yue as the moon spirit. I was inspired by some of the art depicting Cheng'e, though no specific piece. Cheng'e always wore clothes that made her seem like a cloud, and Yue already had this effect in canon too, so I wanted to capture that through subtlety. Her hair and elements of her outfit espeically have a wispy or cloud-like look. Admittedly I gave the most care to the pencilwork rather than the colouring, but I still tried to give it a subtle glow and warmth that I thought fit her character and form. Listen to Iroh sing "Four Seasons" on an eternal loop for full effect.