Tinkerbell And The Mysterious Adventure (chapter 1) by Sailorplanet97 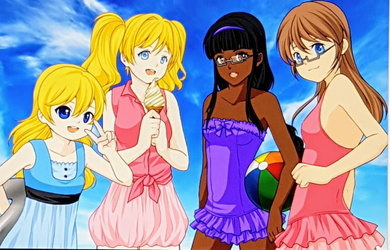 Tinkerbell And The Mysterious Adventure (chapter 1)

Everything is fine in pixie hollow, fairies all do the thing, tinkerbell tinkers, terence give pixie dust to the fairies and tinkerbell's friends helps each other with their talent

Tinkerbell tinkers non-stop. then clank and bobble comes over at tink's house

Clank: tink don't ya need a break from working so hard? (while checking on tink)
Tinkerbell: no no no i'm just fine, don't worry! (tinkerbell nodded)
Bobble: are you sure? you need to take care of yourself! (clank worried about her)
Tinkerbell: no i'm fine, besides i wanna keep myself busy just to get things done on time (she nodded)
Clank: alright, just as you wants miss-bell

tinkerbell got frustrated about tinkering, and she thought about what clank and bobble said and she comes to terence to spend the time with each other.
they cuddled each other, talking about some stuff as usual. then terence asked tink something

Terence: tink do you need something to eat and to drink? it's my treat (terence smiled)
Tinkerbell: oh yes please, i got barely the time to eat
Terence: is it because you are tinkering non-stop?
Tinkerbell: y-yes, i feel like i don't get it done on time
Terence: why can't i help you again with cleaning your room and take care of you
Tinkerbell: are you sure? i mean i don't wanna put you into my problems (she asked)
Terence: well i cleaned your room before, besides i know you very well

Terence: remember the time you was working on the moonstone and the scepter? (terence asked)
Tinkerbell: yes i remember! (tinkerbell answered it with a smile)
Terence: i know from before you were under a lot of preassure but i kept you company even when you got irritated and got worse
i stayed with you all the time till you got more irritated and put the sharp thing (that's inside) away to cause accidently break the scepter
and blamed me because you was under a lot of stress, i was one of the first who found out the moonstone got broken,
we argue after the scepter was broke and i didn't knew why you was asking me for the extra pixie dust but when i was at your home to aplogize
i saw a list what you needed so i put all the stuff you stayed behind with me, just by then i understood why you needed extra pixie dust
i sneaked to the pixie dust tree at night to get a extra pixie dust tree with me and one extra pixie dust and i took the extra pixie dust pocket with me

Tinkerbell: you did this all to me? i wanna know more, like did you told anyone about my missing?
Terence: no, don't worry, nobody knew you was gone, i sneaked off too and flew all day and night just to find you
so i guess i did something in return, just for you, i got the mirror too so that was how i could talk to you when you wished we were still friends
you thought i was joking about wishing i was there too when i was already at the lost pirate ship huh? (terence laughed)
Tinkerbell: how was i suppose to know? we just talked to the mirror (she laughed)
Terence: like i said, i sneaked off, i usually don't break the rules for anyone but i break the rules just for you, i make the expection for you only (he laughed again while trying to talk to her)

Tinkerbell: omg hahahahah well thank you for breaking the rules for me, if it weren't for you i couldn't find my way out there with blaze by the ratts there attacking us
Terence: Your welcome, my treat, and it's not a problem really, you needed a friend, and friends help each other out right? so here i am back by then

they were having a lot of fun, they couldn't control each other by the laugher
after they stopped laughing tinkerbell couldn't say no to terence to help her out a little at her home!

Fawn: TINK, are you home? it's me fawn, i wanna ask you, so... some... oh uhm nevermind that, you have your company already
i'll come back later!
Tinkerbell: alright see you later fawn!

she then told their friends that terence is already at her home
Fawn: guys... tink is home but she already has a company but i'll come back later there.
iridessa: oh let me guess... it's terence huh? (while thinking)
Fawn: yes and i don't wanna get interrupted by their conversations (fawn nodded)
Silvermist: ohhhhhhhhhhh they are SOO in love, i just hope it will goes well this time! (she's wondering)
Rosetta: everyone but tink knows that terence has strong feelings for her, it's such a shame she doesn't know about it!
Vidia: hold on... sil what do you mean i hope it goes well this time? did terence do something to her? (she interrupted rosetta's conversation and wondered about what Silvermist has just said, she cares about tinkerbell a lot)

Rosetta got annoyed at vidia

Silvermist: well i bumped into him when i was doing some stuff, i was nearby when he was mad at tink
he was throwing a few stones at the water and i asked him what was wrong with him
he then told me everything, i got scared for a bit when he told me she got exploded but that wasn't the case, thank god
iridessa: and she turned red huh? (she asked silvermist scared)
Fawn: of course she does, i'm sure she was under a lot of pressure, she was just about to leave the theatre and asked her if she won't mind sitting next to her
i'm pretty sure she was under a lot of pressure (fawn nodded)

Rosetta: Mmmmmm this makes sense why she was finding the mirror when her moonstone got broken
Vidia: and it turned well in the end by the lost pirate ship when terence flew all day and night just to find her and didn't mention it to anyone!
it's gonna be alright because they Always made up to each other so you shouldn't worry about it too much sil (vidia comforts silvermist and smiled to her)
Silvermist: i guess you are right! i shouldn't have to put up with these 2
Rosetta: leave it all to them, if she needs us we'll help her!