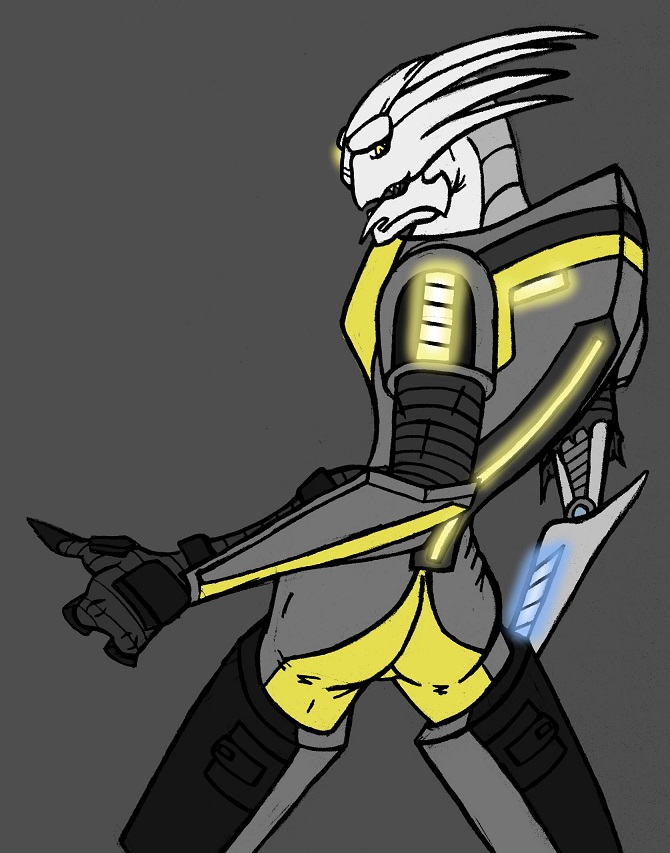 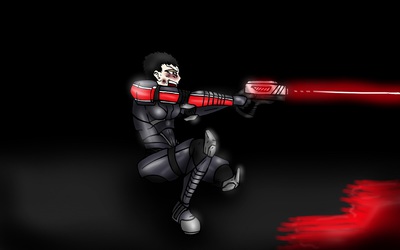 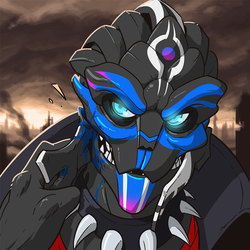 Here is an OC That while I have rp'd many times now,not once drew him until now!

A bit about him:

Bio: (Very simplified.) Though he is not albino, he is considered a pale. With a genetic malfunction, his hide cannot sustain proper protection from the sunlight of palaven, this made him suffer severe sun burns in a matter of a few hours, also the mutation stole him of his right eye and arm at birth, thus needs the aid of cybernetic implants. Unable to partake in the military training due to his condition, he went to school and gaining a business degree, lived on the Citadel and worked with his father who was the CEO of the well renowned stock holders; a wall street for the Citadel. Though his father despised his genetic flaws, seeing him as a failure and laughing stock, thus always gave him shit jobs... A few years of working there, he was able to afford his own place and things began to look up when he rant into a human female mercenary that kidnapped him, turned him into a slave and proceeded to beat the passive attitude from him. A year later he has grown confident, no longer a slave but a partner to the very same female, he has also become a mercenary and enjoys the fruits of the paid life style.

Also, this is my first REAL attempt of armor, so proud! -pats self on back-