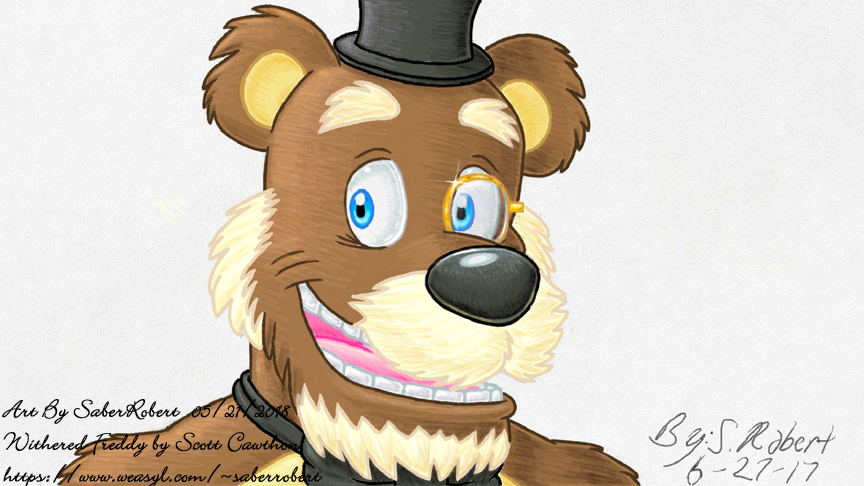 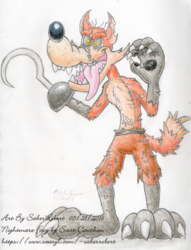 He may be in his golden years but he still has that showbiz charm and photogenic smile. And of course, he still has an awesome baritone voice.

Here's my interpretation of what Withered Freddy would look like if there was a Fredbear and Friends cartoon in the 80's. In the cartoon, this is what he'd look like in season 3 of the show and he would just be called Freddy Senior instead of Withered Freddy.