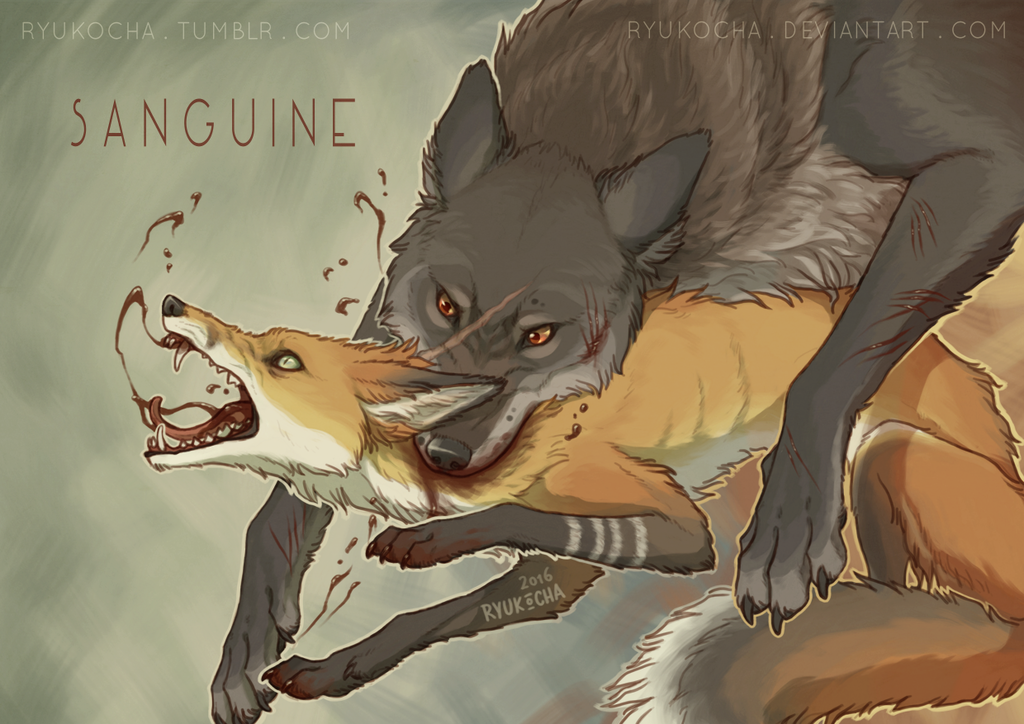 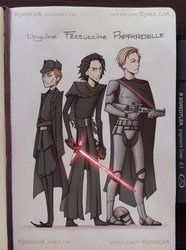 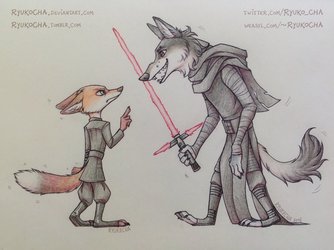 My first finished piece on Krita. Drawing this one was quite frustrating at times, but I learned a ton with it and it was, above all, super fun.

A lot of [stinking furries] enthusiastic fans, myself included, have made connections between Star Wars characters and animals. My original idea had Hux as a fox and Kylo Ren as a panther, but I realized during the sketching phase that I would do a far better job drawing them both as canines. So have a vulpine General and a lupine Knight of Ren :'D

I need some help crawling out of this bloody, sinful ship now.