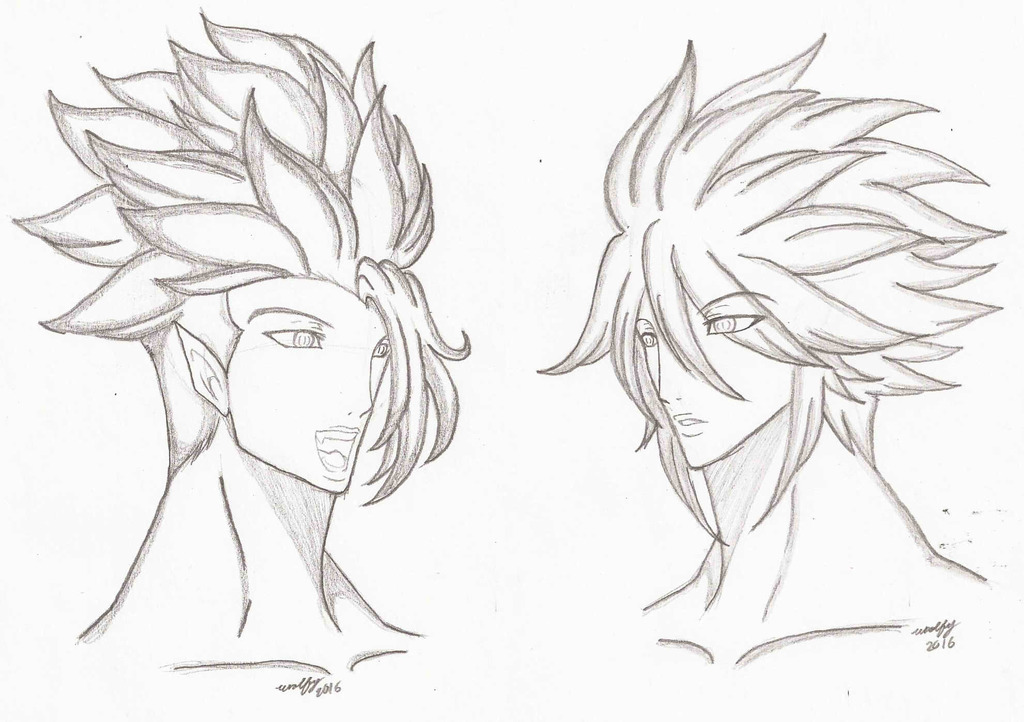 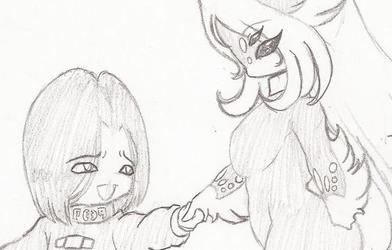 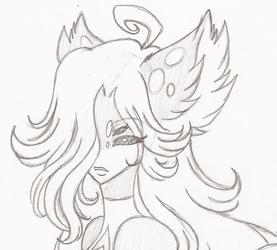 Was going thru some of my next gen characters when i came across Yasuo's 3 children and decided to draw them as adults (( I will draw Vivi soon don't worry ;) ))
for those who don't know Yasuo is the father of his 3 children Kovu, Sora, Vivi. Sadly the mother of his children let him after she gave birth to the children claiming she didn't want to be force to watch a bunch of crying, slobbing, snot nosed (( Basically the mother named Vanessa was the kind of girl who likes to party and go out clubbing and didn't wanna be a mom what a cunt )) However all that had changed after Yasuo met Byakko a tiger goddess who is owned by TheifysSoul. WHen Yasuo met byakko his life had became happy again seeing his children were happy around byakko and even calling her mommy :love: Since then Yasuo is now married to byakko and is trying for a child of their own.

Kovu Kuchiki (Left)
Age 18
Parents Yasuo Kuchiki, Vanessa
Special Talent Painting, Playing the Trumpet
Occupation 1st born son of Yasuo Kuchiki, 6th grandchild of Byakuya Kuchiki & Ryoko Kiyoshima
Nickname(s) Koko (( Only called that by his mother Byakko )), Jazzy Kovu (( Called that by his music friend ))
Personality/Background Laid-Back, Funny, Silly, Goofy, Like his father yasuo, Kovu has developed a love for video games, often times he cane be found in his room doing a livestream which chatting with his friends (( you can imagine all the video game raging he does XD )) however despite his love for games, Kovu has a love for music as well as you can find him on the street playing the trumpet for small cash, Sometimes you can find Kovu in Smooth Jazz clubs playing his trumpet with his buddies for the audience.

Sora Kuchiki (Right)
Age18
Parents Yasuo Kuchiki, Vanessa
Special Talent Photographer, Playing the Saxophone
Occupation 2nd born son o Yasuo Kuchiki, 7th grandchild of Byakuya & Ryoko Kiyoshima
Nickname(s) Rara (( Only called that by his father ))
Personality/Background Quiet, Blunt, Arrogant, Mischievous, Sometimes social but like to be alone. When Sora was a child he was a very shy person always hiding behind his father not wanting to interact with the other children this all changed as sora got older and learn about his mother when she abandoned him and his other siblings Kovu and Vivi, As Sora got older he developed a hate for stuck up and snooty people as they reminded him of his mother. Despite his disgust for stuck up people his disgust for them changed when he met his extended Kuchiki family changing his view on them, Sora has a huge love for his treasured Saxophone as you hear him playing it at the park with his music buddies.