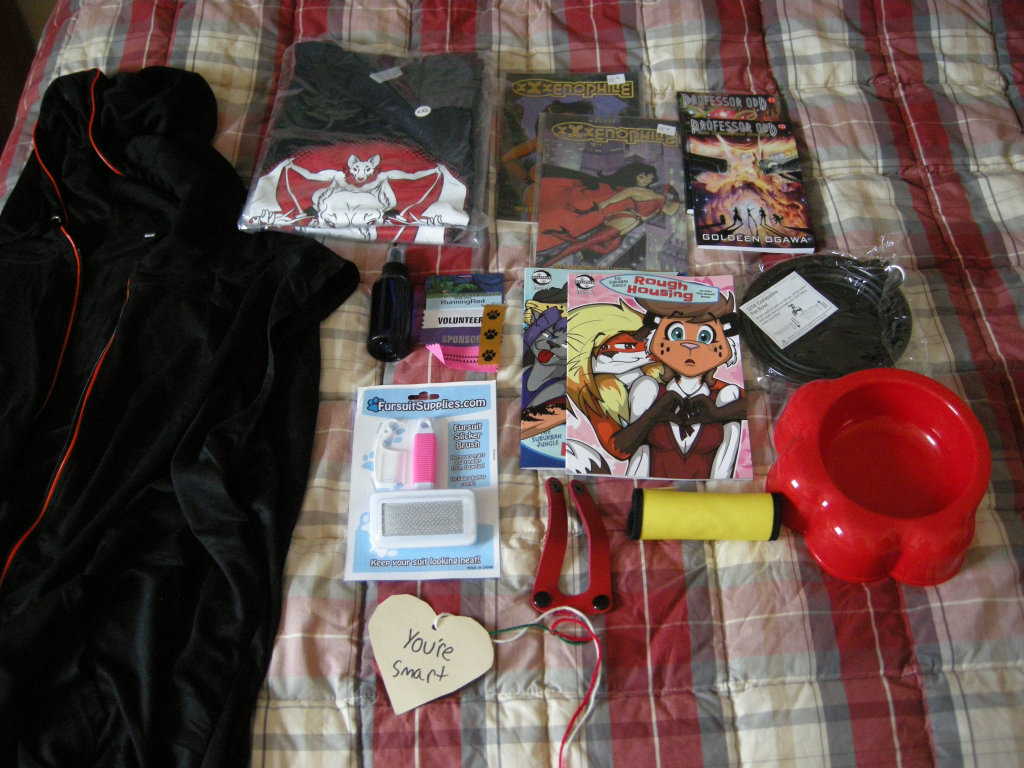 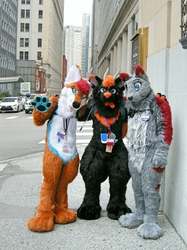 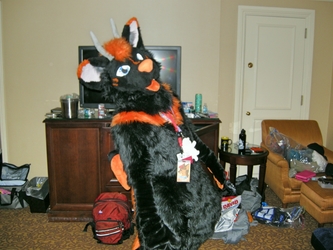 I spent a lot of the convention doing volunteer work, but I made sure to take some time to do a complete run-through of the Dealer's Den to see what was worth buying...that was within my budget.

The cloak is a sleeveless LED hoodie from Rysingson (who sold me the LED lanyard the year before). When I saw his boyfriend wearing one I knew I had to have it.

The shirt is the con shirt, I got as a reward for putting in a lot of volunteer hours. I got a second shirt for having Sponsored this year, but I gifted that to my friend BlackpawWolf who wasn't able to attend.

The XXXenophile's were to add to my collection. Sexy with a lot of humor.
Two more Professor Odd books, signed by the ever lovely

ElrondDrakendil
The bottle is cinnamon-scented fursuit spray for my tail, sold by

thegneech
The yellow tube is a luggage grip, from the Sponsor swag bag.
The black disc is a collapsible dog bowl I got along with the red paw-bowl from Furryland, who took over for Fernandos.
The red bit of leather is a clip to attach a fursuit tail to your belt. Genius! Now I don't have to keep taking my belt on and off wen I need to attach or detach my tail.
The heart was a gift given me by a random fursuiter. I was just sitting by an outlet charging my phone and feeling a little drained myself, when they came over and gave it to me. I was touched, it was a very kind gesture that made me feel much better.