"All That Romance Junk!" by RufusTheRed 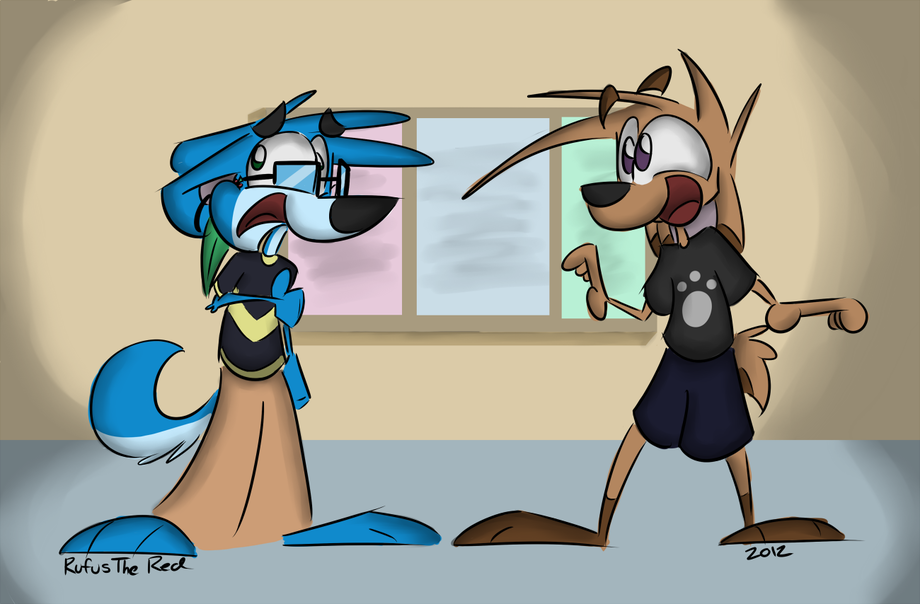 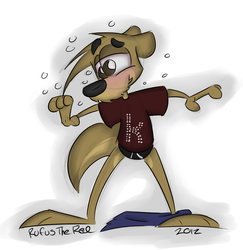 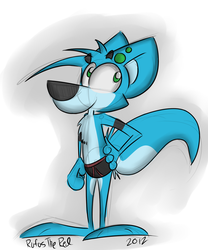 "All That Romance Junk!"

Cecil should have known better than to say anything. Especially to Rawley, of all people.

“You think you WHAT now?!” the rabbit shouted to him, incredulous. “After ALL this time of me thinking otherwise, you’re telling me NOW that you think you might be ga-”

“Shut the HELL UP, Rawley!” Cecil said, looking around the school hallways nervously, grabbing his arm with his free hand. “People are walking by, they can HEAR you…!”

Cecil sunk a little and faltered. It WAS something that the rabbit had a point about. Cecil wasn’t even entirely sure about it, but well…

Cecil hated that smug grin on Rawley’s face. “Hangin’ out with somebody as COOL as me finally did ya in, huh?”

“I’m… not ‘done in’ by anything…” Cecil said, gritting his teeth.

“Heh, not YET you aren’t…” Rawley winked and gave Cecil a buddy-punch on the shoulder. “But you WILL be, someday…”

Cecil stands up and glowers at the rabbit. “I… what? What does that mean?”

“It meeeeeeeans, that you and I should totally go out!” Rawley said excitedly.

“C’mon man! It’ll be awesome!” Rawley says, grinning hopefully. “Dude, we could see a movie or somethin’, I dunno… and like… have dinner! Ya know… all that romance junk that people do!”

Cecil had to laugh at the idea of that. Him and Rawley, on a date… all decked out in nicer clothes than normal. Khakis, shirts with collars… RAWLEY even, wearing a COLLARED shirt! “Rawley…” Cecil began, “You can’t get through dinner at your OWN house without your mom telling you not to play with your food. How are you gonna get through dinner with ME in public?”

Rawley waved his hands dismissively. “You know what, SCREW going out! I’ll do ya one better – I’ll MAKE you dinner!”

Cecil raised his eyebrows. “You…” he starts. “… are going to make ME dinner?”

Rawley nodded and smirked, as if accepting a challenge. “You bet your ass I’ll make you dinner! Mom’s got a bitchin’ recipe for a tuna casserole… I’ll whip it up and dine the SHIT out of your ass!”

Cecil had to make a significant effort not to laugh right in his face. “Are you actually suggesting that I come over to your house, and have your mom’s tuna casserole?”

Rawley scratched underneath his chin and then nodded. “Yeah, ya know what dude, now that I hear you say it you’re right – the plan needs more work! I’ll think of something better by the end of next period and you can lemme know what you think. Gotta run dude, don’t wanna be late for Algebra!”

Before Cecil could protest, the bunny had sped down the hall and around the corner.

‘He’s going to… improve it…’ Cecil thought to himself, almost unable to believe what he had heard. ‘He’s actually going to… ‘improve’ his offer for a date…’