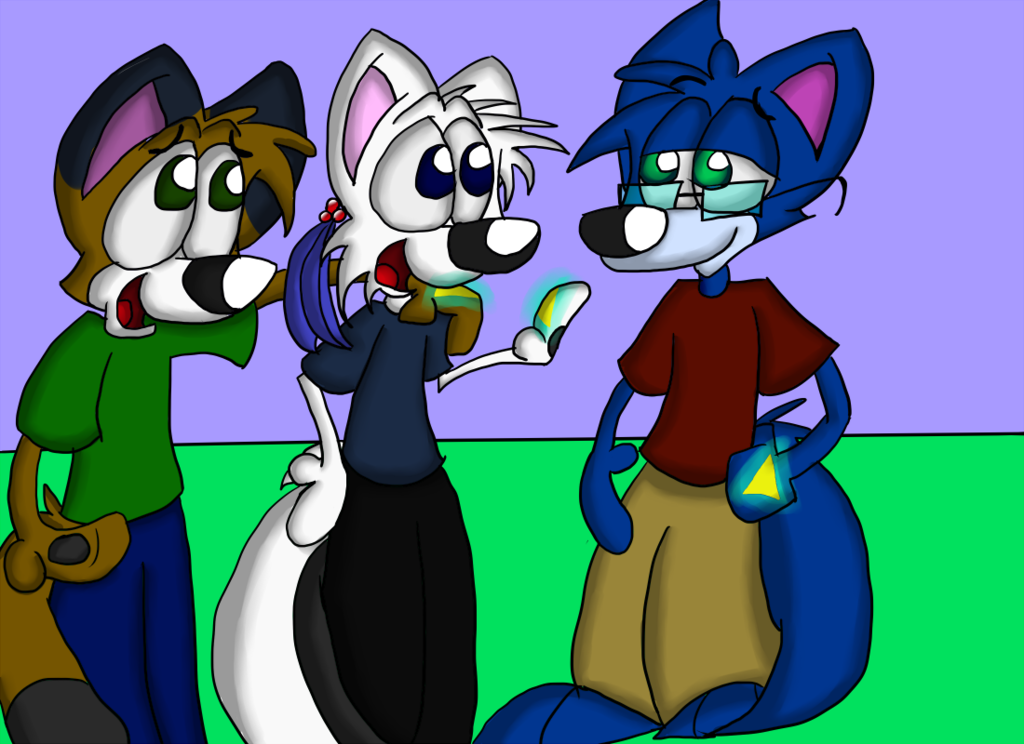 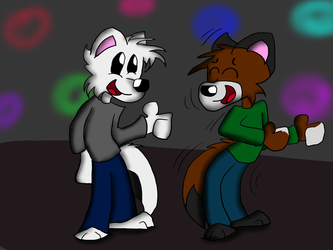 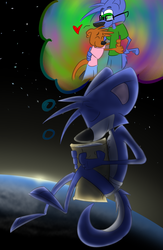 Roughly one year ago, on April 10th 2012, I met two of the best people in the world in a Wolfblade SlaveStream. Two people who are by far my closest friends in this crazy, weird and kooky fandom, and have become a gateway for me to meet some equally awesome people as well. The three of us have been through a lot this past year and it's almost hard to believe that it's only been one year since it happened. But I wanted to draw a picture to commemorate all of the awesome that we three have created between us, and here's to many more years.

You guys mean the damned world to me, and I'm blessed to have met the both of you. Both as my friends, and one of whom as my boyfriend. Biiiig luffz to the both of you. More than you'll ever know.