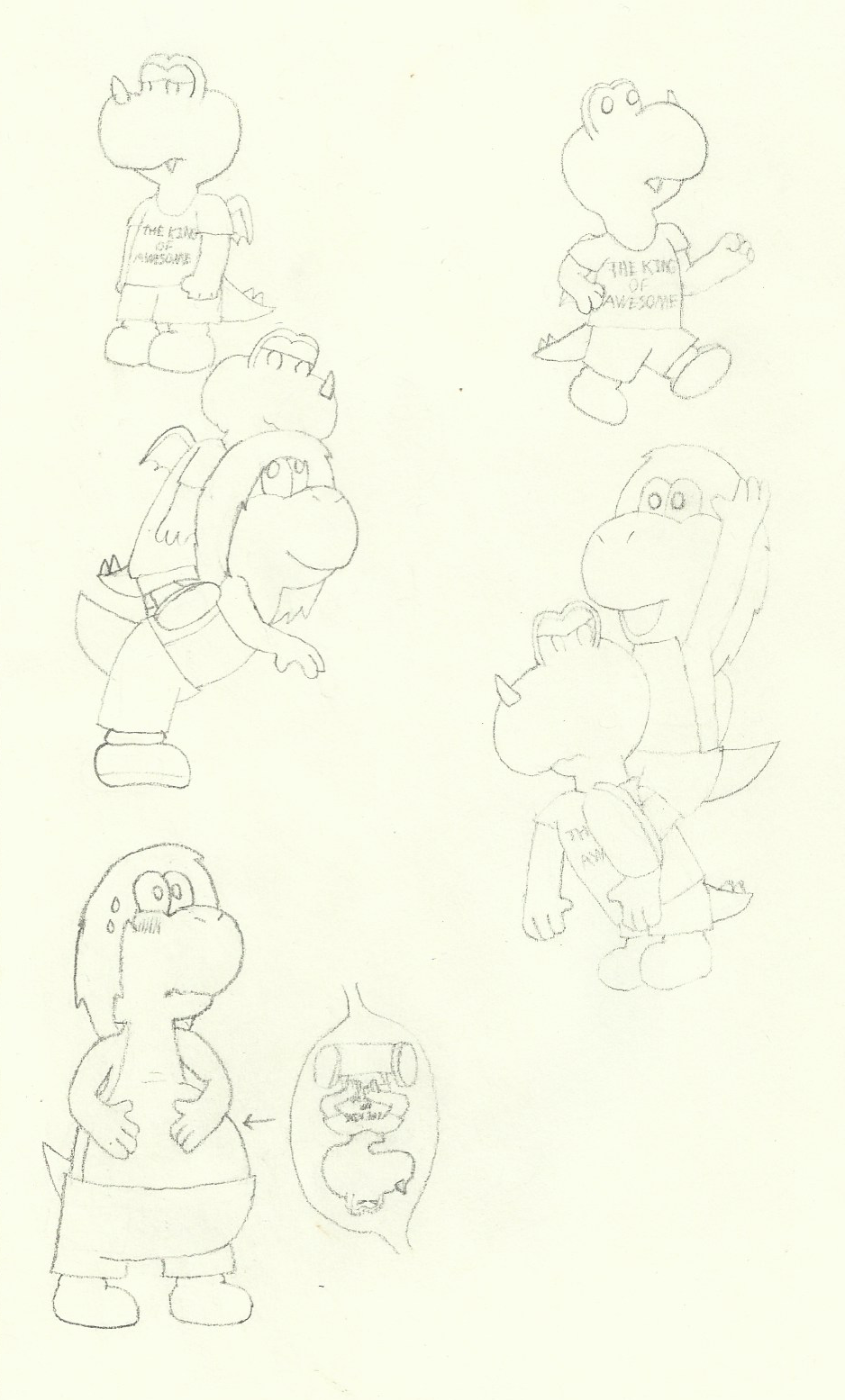 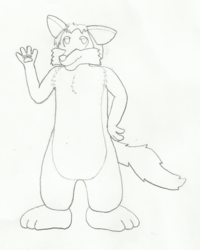 I couldn't use my tablet a while back due to computer problems, so I took it as a good enough excuse to try drawing in my sketchbook again. Yeah, I don't do that very much at all.

Here we have Kashi's boyfriend, a Rex named Max. In contrast to Kashi, Max is a bit of a pessimistic grouch, a trait likely left over from his troubled upbringing. This attitude of his isn't helped by the fact that his clumsy boyfriend keeps accidentally eating him at least once a week. He can't stay mad, though; in his eyes, Kashi was the first person to be nice to him who wasn't a stuffed animal.

I'm really not used to traditional drawing, so there's plenty of problems I can see in this drawing, but I'm afraid to try and fix them or I might make them worse. I'm proud of Kashi's facial expressions, though! Really liking this Yoshi.