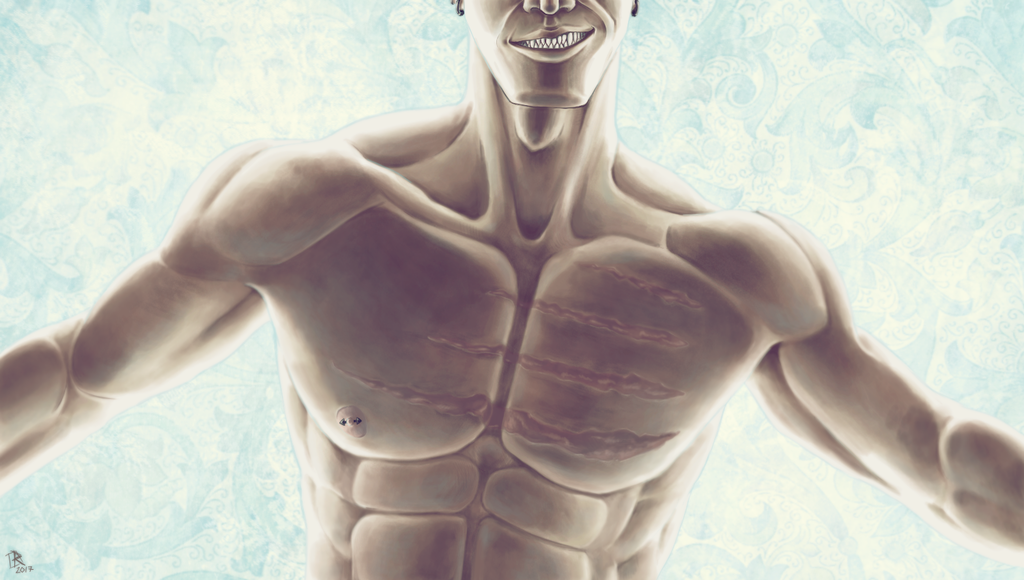 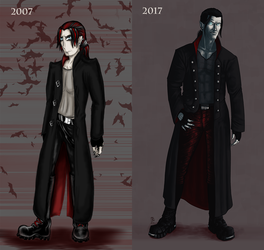 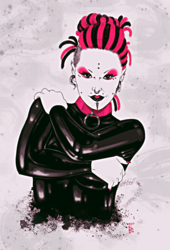 This picture originally supposed to be one od the last in year 2016, but... complications occurred. :D Like I didn't like older version anymore. Then no mood for drawing, quite a lot o stress from looking for job, attempt to forget on this reality and another sh*t.
And this is not just picture of someone chest. It's mainly picture od Richard's chest (my OC/alter ego), because after few years I finally changed a little bit his scar. Mostly because of my new tattoo which is ...well..his scar (to the extent possible. Unfortunally I have no chance to remove ona nipple. :( ). And my tattoo artist did really good job. Also he showed me how this scar can look much with smaller tilt and bigger distances.
Main function of this picture is better view of scar..aka something like addition for his character sheet.