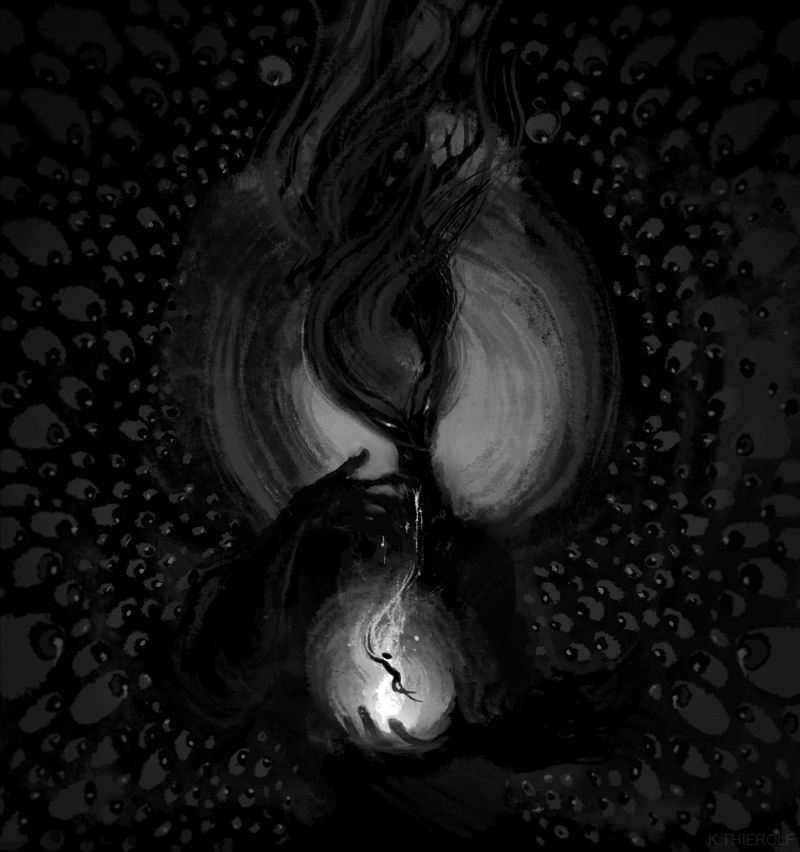 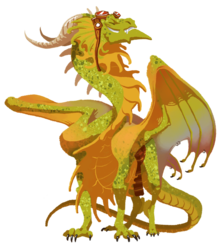 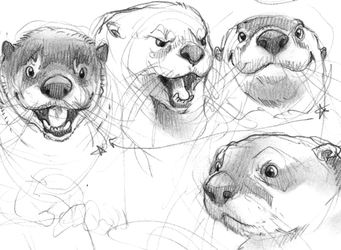 "Swidden" is a character I created quite a while ago, but I rarely take imagery of him and his world beyond the doodle stage, mostly due to my bad habit of getting intimidated by the prospect of story and worldbuilding and consequently choking on the whole process. :c

This guy started as a set of 'angels' but as of now I'm unsure if there's a higher being/proper God in his universe. What I do know is that he (along with his siblings) was either given or posesses the power of creation. His siblings' creative projects are static, straightforward, to-the-point, but Swidd's is dynamic and builds upon itself, hence the beginning of his story when he plays around with a few plants, plankton, and oceanic lifeforms, falls asleep and wakes to a world which is essentially Earth. Loneliness and vanity eventually set in, which leads to the image above.

Wow, that was a lot of words from me. I'm such a clam normally.

The tag for Swidd's whole set of characters & world can be found here on my Tumblr, but some of that stuff is damn old. BEWARE.