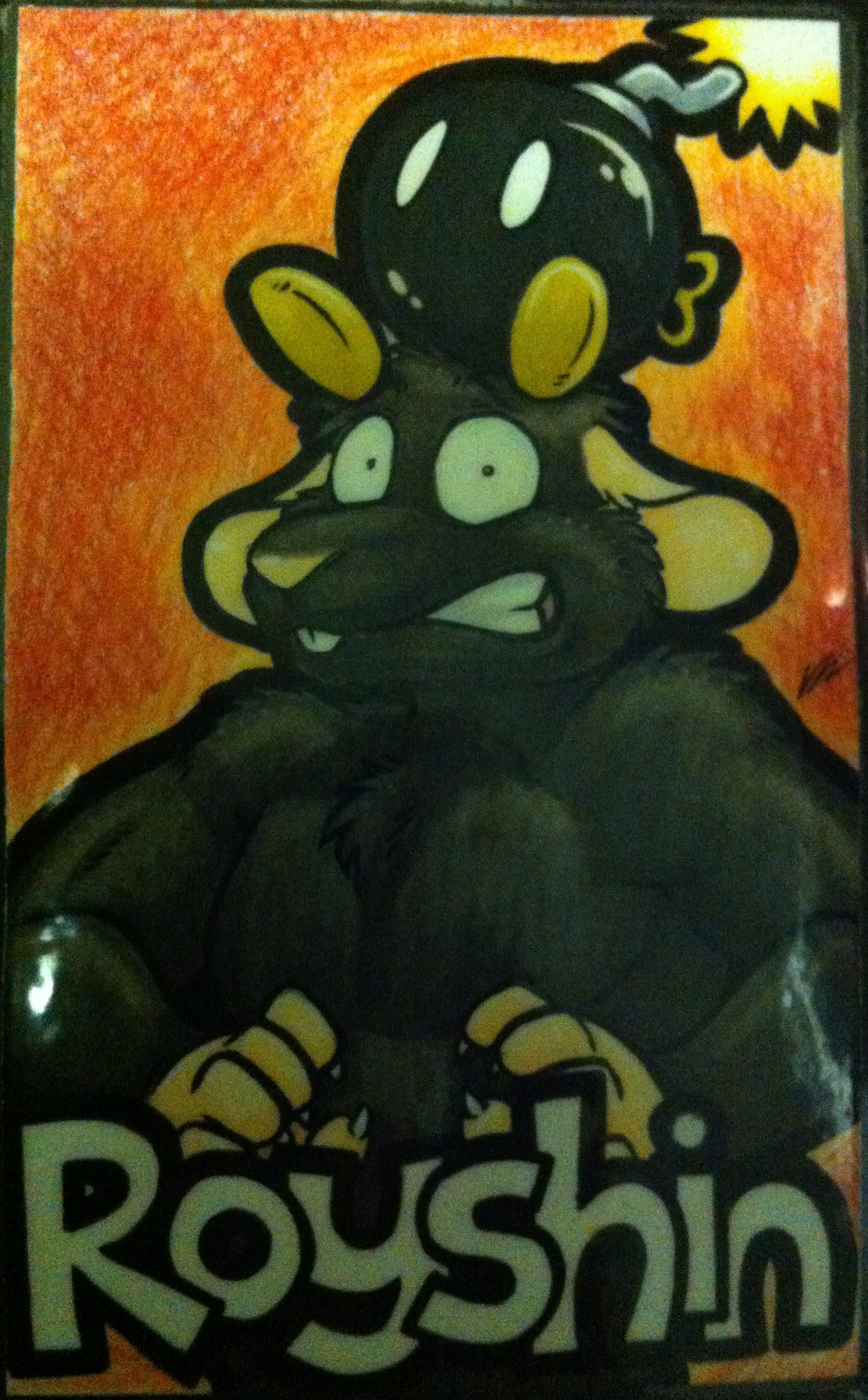 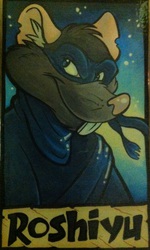 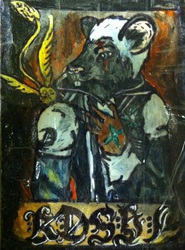 Also known as the Saskfur 2012 badge.

The theme for this set of badges, was Nintendo. As I was a rat, that was a very hard idea to work around, as I was excluding pokemon. That left a long dead Nintendo rat... And then I thought, why not have a bombchu resting on my head? They look like rodents. :P...

Well, in the end, Royshin wasn't quite a bombchu. And the little bugger took over my badge too, but who would argue with him?

Sulli tried so hard to prevent any misprints too. He didn't even notice, until someone pointed it out to him. :P