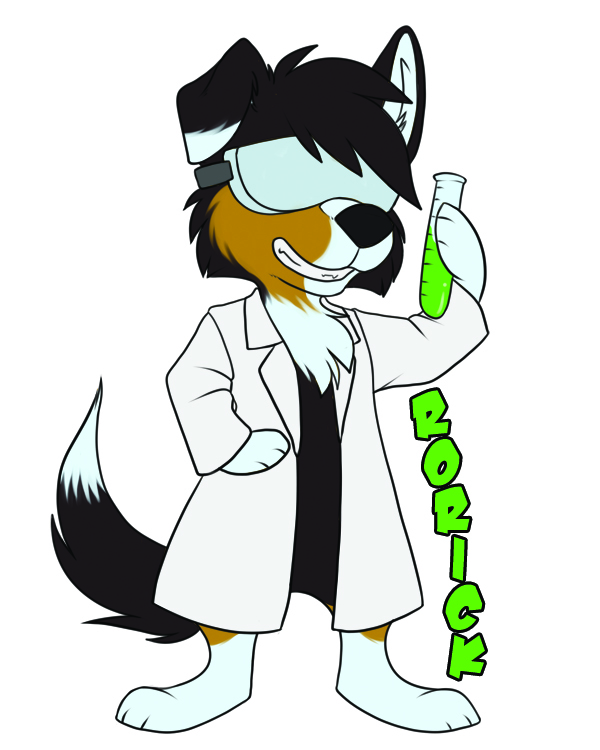 Get to Know Me

I've really been disengaged from the fandom for years. Until recently I've never really interacted with the community at large, a comment here, a journal there, every once in a blue moon a story or a work snippet. I figured it's time for the furry world to get to know me a bit better, and the "get to know me" meme provides ample opportunity for that.

What's your real name?
Foster. For privacy, and common sense, reasons I won't divulge my last or middle names.

What's your natural hair color?
Depends on the length of my hair. If it's short, as in after a hair cut, it's a darker dirty blonde. If it's about a week's growth or longer, it turns into a dark brunette. It's confused I think.

What's your orientation?
Bi-sexual. (A strong lean towards heterosexual when talking about regular humans, but still bi)

Are you single, taken or undecided?
I'm single and currently uninterested at the moment. I'm focusing all my energy into school right now.

What do you do in your spare time?
I read, I write, I think, I play video games, I work (I consider "out of school" free time. :P)

What's your job or occupation?
I'm currently a cashier at the newer of our local CVS stores.

What do you like about yourself?
I like the fact that I'm capable of really intelligent thought. I can think critically and understand concepts in science, engineering, and technology with ease on most parts. It's fun to dive into learning a new hobby or study. :D

What do you dislike about yourself?
I can rarely master the studies or hobbies I take seriously enough to want to master. It's a curse really, and a frustrating one at that.

What did your friends notice about you when they first met you?
First met me, as in first saw me and/or talked to me? I'm quiet and reclusive. A strong anti-social streak if you will. When the first met the real me? I'm a smart-ass, and very much so. A wise-cracker if you will.

What is your belief/religion if you believe in anything at all?
Roman Catholic by birth and upbringing. After thinking about it, I did decide that the Church was for me, even if I hadn't been raised in it, and so I am.

Do you drink?
As I'm only 19, and I live in the US, no. I've had small tastes of alcohol here and there, wine obviously, and Smirnoff Ice for the most part, but never enough to have any impairment, like half a bottle at most. (FYI Smirnoff Ice isn't vodka here in the states, for those who don't know. It's a little weaker than standard American beer.)

Do you smoke?
Nope, never have.

What are your major fears?
I'm deathly afraid of man-made heights. I can take on a cliff with little to no problem. Try and put me at the top of a 6 ft ladder and I'm done. I'm weird.

Do you have any dreams or goals?
In the short term, or long term?

Short term, I just want to graduate college with my B.S. in Biology. I'd be the first in my direct line of family, meaning not counting aunts and uncles, to actually complete a degree. Both my parent attended college, but neither obtained a degree.

Have you ever had a crush or an ex?
Crush, yes. Unless you're asexual, you've probably had a crush, even on a fictional character. As for an ex, no. I've never dated, at least not what I'd consider dating. There are those who'd say I have at least one, but I don't see it that way.

What's your favorite dish?
As a foodie, this is hard to pick. I love all sorts of foods, and narrowing it down to a single favorite is nearly impossible. If I had to pick though, pizza. Simple, cheap, and delicious.

What's your favorite color?
A dark, forest green. Much like this: http://imgstocks.com/wp-content/uploads/2013/10/Forest-green-speckled-paper-texture-picture-free-photograph-photos.jpg

If you had a super power, what would it be?
Telekinetic abilities. I'd love to control and alter things with my maind! >:O

What's your favorite movie?
Lord of the Rings. I'm a sucker for fantasy and war.

What's your least favorite food?
Oh dear lord. I don't have many dislikes when it comes to food, but they're all equal in distaste. This list compromises: Cantaloupe, Cabbage, and brussel sprouts.

What do you drive and what would you really like to drive?
None. I don't drive, yet. I'm still on a learner's permit. D:
As for what I'd love to drive? A late 60's Mustang. Those cars are awesome.

What is your most disliked bug?
Roaches. After living in a house infested first with Palmetto Bugs (a LARGE FREAKING cockroach native to the American South, luckily they go outside in the Summer when food is plentiful) then with German roaches, I've learned firsthand how those fuckers could survive a nuclear blast. Seriously, just fuck roaches and the corrupted mind that made them. I do exclude Madagascar Hissing Cockroaches from that list though, cause they're awesome to experience in person.

What pet peeves do you dislike the most?
When people touch my stuff without asking. In this time in life, I'm buying, or having to replace, most of my possessions, all with my own money. This means I know what things are valued at, and what it'll cost to replace them if your dumb-ass breaks it. When people mess with my belongings, they essentially mess with my hard earned cash. It pisses me off, to be honest. I'm a nice guy, ask to touch and I'll likely let you touch. That's probably what pisses me off the most, to be honest. >:(

What do you dislike in life?
People who refuse to learn. I have no problems with those who can't learn, as they have a reason. My older sister for instance? She's terrible at math, so I don't blame her when she can't get things I deem easy with my mathematically inclined mind. However, if you've shown the capacity to learn the subject you're studying, and yet refuse to actually learn it, it makes me hate you because your willfully ignore a chance to better yourself.

What do you love in life?
Learning. I love to gain new snippets of knowledge. History, math, science, technology, engineering, civics, if you will teach it, I will come.