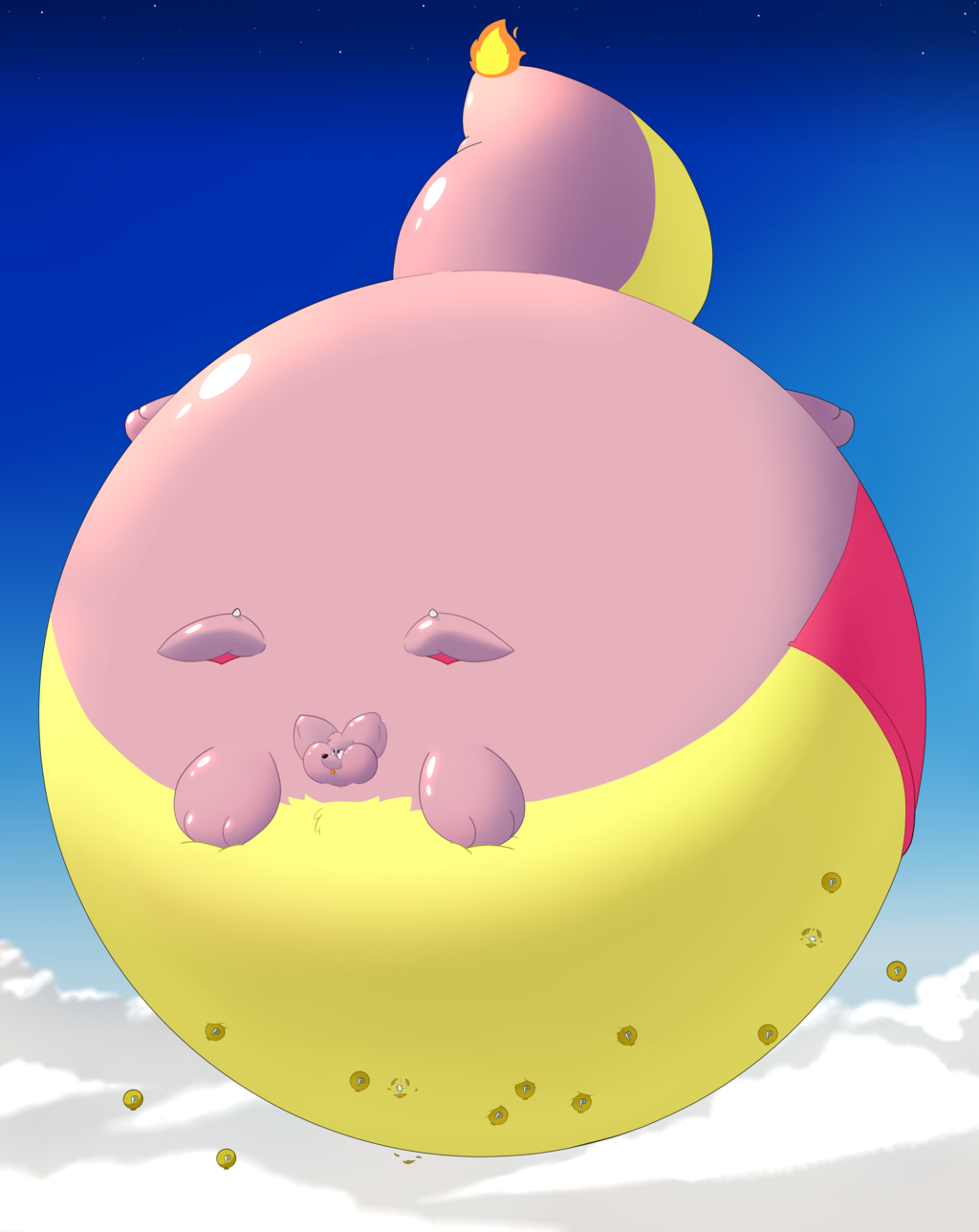 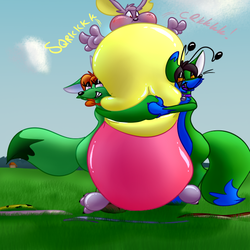 Turns out.. tying yourself down with ropes doesn't work so well when your entire body, paws, everything from your now exorbitantly bloated ears to the very tip of your creaking tail puffs so full, so thick, so incredibly enormous and cumbersome as to snap your ties tethering you to the ground below! Nor does it help that Roo is intrinsically a hot air Roolloon all on his own, let alone with the aid of the now uninhibited sun's gaze heating up the gas that has engorged his entire frame, only proving to surge and swell larger with every last P balloon that squishes into, and bursts against, his squishy, yet taut frame..~ Looks like he's finally made it above the clouds, nothing but a sprawling expanse of fluffy cotton beneath him as far as the eye can see, with the air growing cooler as the blissful Roolloon climbs higher into the sky towards space, drunken with pleasure and glee as every last balloon sent his way makes him bigger and fuller still~ That delightful pressure muddling his thoughts, his mind as floaty as his body, nothing but a big, useless, content blimp drifting away into the breeze~ Where will he stop, will he soon pop? Nobody knows, and I'm fairly certain Roo would be more than content to keep on going like this forever~

This absolutely precious parade blimp of a Roolloon was the result of a trade I'd done with the wonderful Nakaballoonfox who did an amazing job on the linework! The story I did as my part however will be kept private until further notice, apologies!

The colors, background, and shading were my handiwork, while the linework & shine was his!