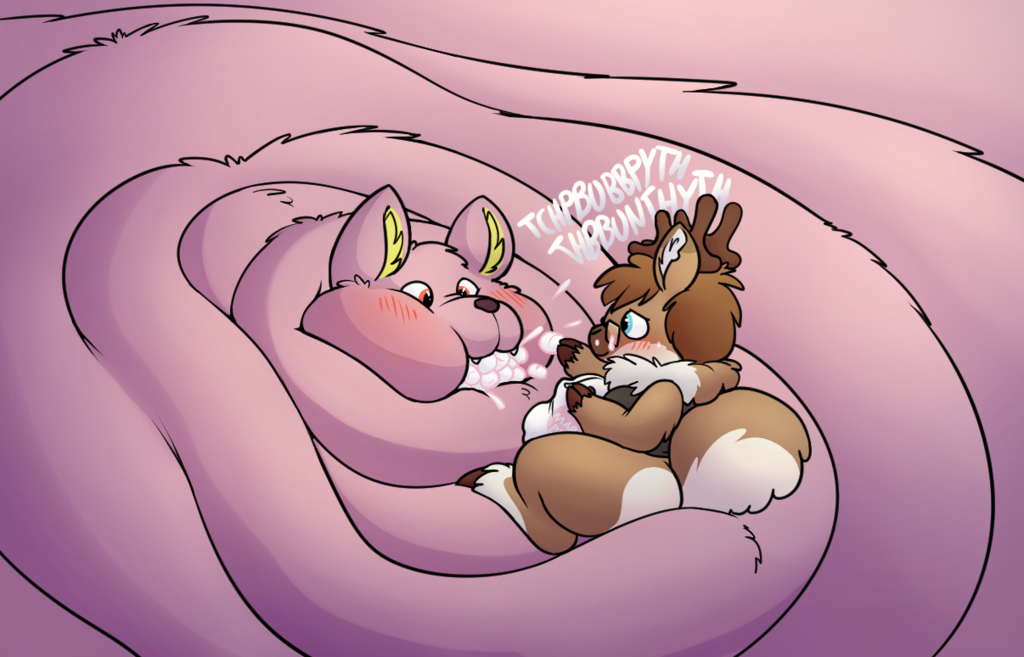 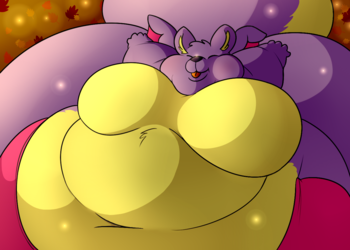 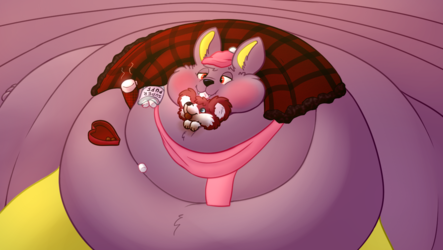 So, when Tea told Roo she wanted him to have a go at the chubby bunny challenge little did he realize that by the time she was done he would literally be bigger than a continent, or several, possibly much more, it's hard to tell from where they are and how much time has passed since they began. However, even now, deep within the crater of plush rolls and folds of fluffy fat that chubby doe only continues to poke one soft, sugary mallow after another betwixt an astronomical Roo's already packed lips, never seeming to run out as more and more are stuffed in, filling those swollen, sugar-bloated cheeks in a seemingly endless, loving cycle~

Original sketch & lines were done by my lovely girl, Geckomania~

Meanwhile I did the colors 'n shading~ Hope ya all like it as much as I do!