Now Arriving -- by kuroseishin by Rooth 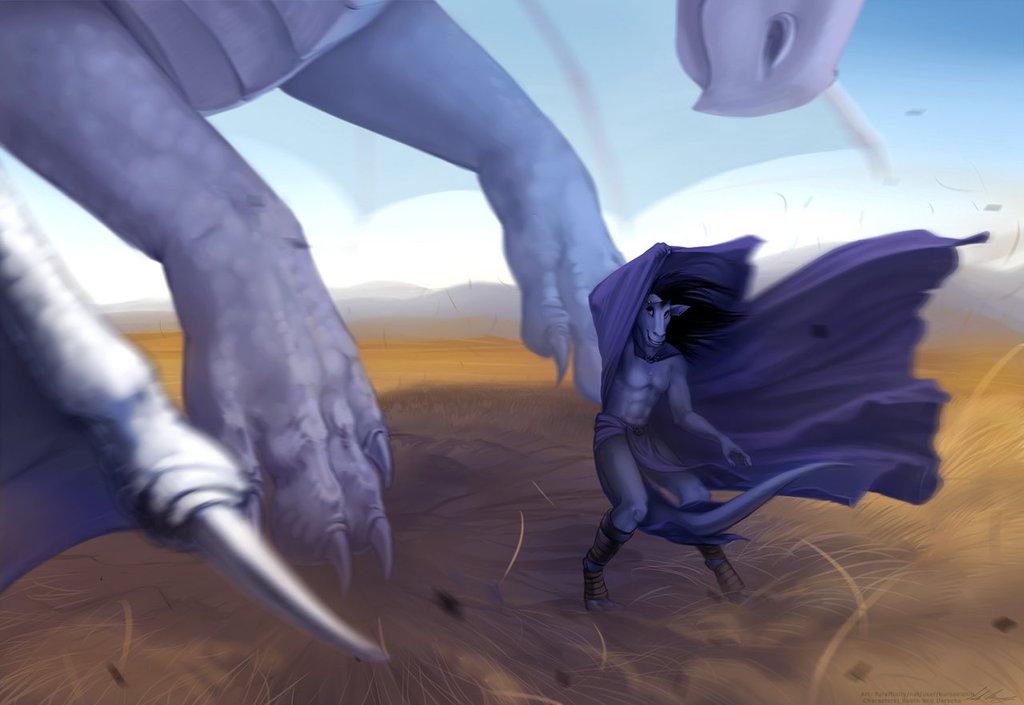 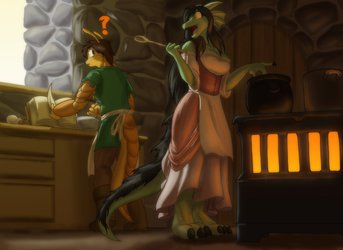 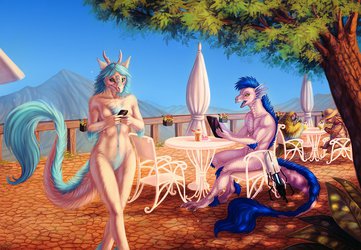 feathercritter may well have had a lot of fun drawing this one. It's an uncommon composition, but it serves a couple of intentions. First, of course, is Derecho's epic cape of blowyness. :) And the second is showing Rooth being huge and playful. She pulled both off wonderfully!

derecho and I both have a fondness for windy scenes, though he more than I I'd say. Somehow the idea came up that it would be funny if his cape was flapping beautifully in wind generated by Rooth's wings. Rather than just have Rooth off to the side generating wind like some movie set techie, someone (I think Kuroseishin) thought it would be better if he were in the process of landing, or taking off. Either way, you get this. ;)

I love the depth-of-field effect on the nearground claw! And any scene where Rooth is ginormous but gently playful makes me happy. ^)^