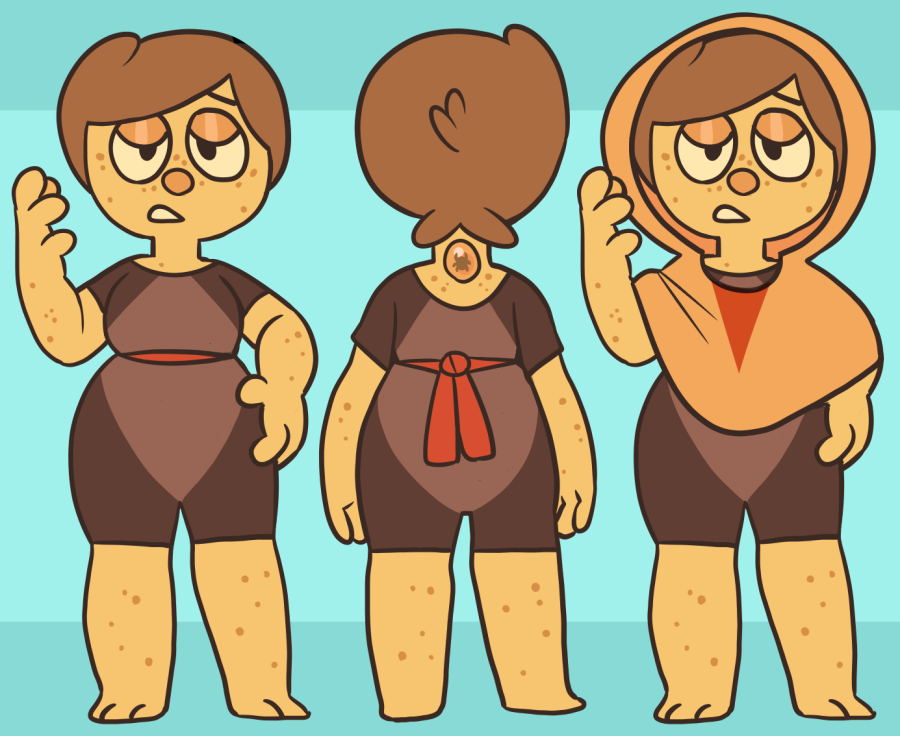 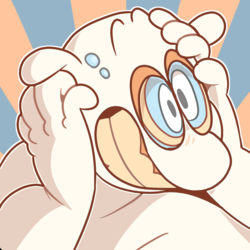 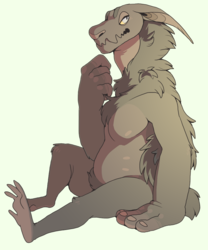 My Gemsona! It was really hard for me to decide on a "gem" for myself but I really associate with this one a lot personally.

Her gem is on the back of her neck and has a beetle inside. She doesn't fight, but her gem allows her to cover herself in a copal shell that protects her from damage (she does this by pulling her magic hood out of the gem and over her head).

This is an early concept so she's subject to change for sure! My wife and I are gonna design a fusion together too.