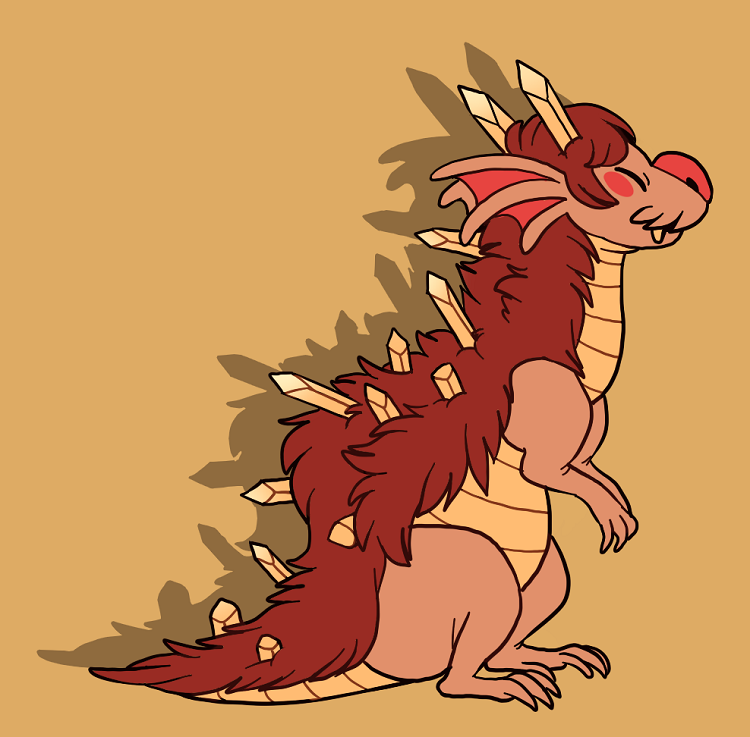 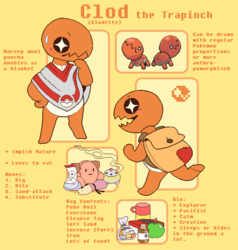 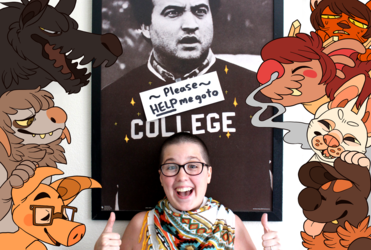 Doodled up as a warm-up this morning!

My pals and I were trying to figure out what our dragon-sonas would be a couple weeks ago. I'm not usually super into dragons, but I had a lot of fun with the challenge and ended up creating a character I'm sorta attached too!

I also came up with some info about her species:
These dragons are highly sought after by hunters because of their soft hides and the quartz crystals that grow out of their backs. Because of this, they evolved to be ground-dwellers, living in tunnels and caves. This caused them to grow sharp claws and large eyes that are very sensitive to sunlight. Their crystals break off and regrow all the time and can be found in the dirt around their burrows. They are always very sharp, as they use rocks to grind the crystals on their back to a point for defense. They also breathe smoke (which suffocates enemies trying to enter their burrows) and fire, occasionally. Like most dragons, they also lay eggs.

please do not make a character based on the species I made up!! it is not an open species and I will not be making adoptables