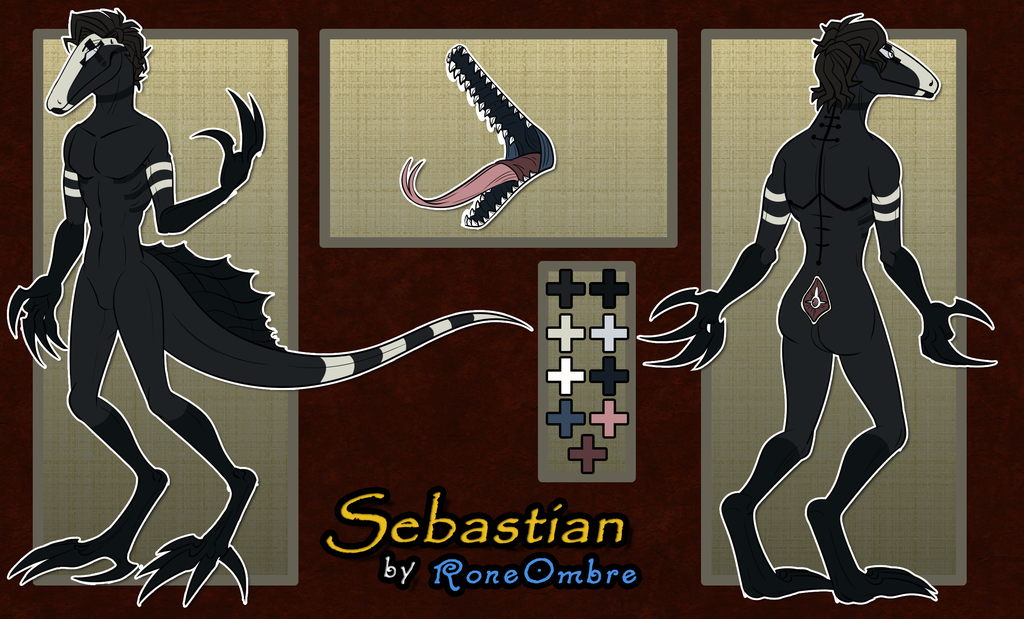 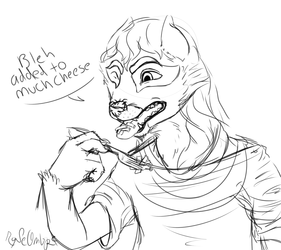 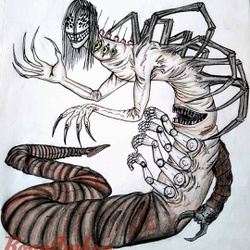 I created this character some many years ago, I have decent trouble in connecting to anthro character so instead of my previous sona Jack I have made this guy here my new sona, it's really nice to have an easier sona to draw as well. Since Jack was a bit too complex as a chimera to draw him in as regular basis as I would have.

-Name: Sebastian Miles Ombre
-Age: 21 Human Years
-Height: 6'4"
-Personality: Seb is a Quiet, calm, and mostly stoic individual. Mostly showing his feelings through subtle actions. However, he has a kind heart and very much likes to make people happy.

•-Likes: He loves long walks alone in nature, particularly next to streams/ rivers either in silence or with music. He loves listening to the wind through the pines, the birds chirping, the sound of rain hitting the underbrush, and classical music. He loves pickled foods/ the taste of vinegar, as well as eating, and cooking in general. He tends to be rather indecisive about his favorite foods as he likes way too many, although salt and vinegar chips, butter popcorn, pomegranates, and cherries are a few of his favorites. His favorite drinks are Earl Grey Tea and Shirley Temples. He absolutely loves to draw, he also delves into other artistic feats such as crafting, painting with water colors, and sewing. A good book/ movie in the supernatural or horror genre will keep him content for hours. He loves dark humor, and has a penchant for spouting the most random of facts. He really loves to talk to others and tries his best to keep up with them even though he has a hard time figuring out a response a lot of the time. Lastly, he has a weird enjoyment for the smell of disinfectant chemicals and has a particularly strange fixation on tornadoes...

•-Dislikes: He very much dislikes crowded areas, physical interactions, cramped cities. He's not too fond of overly cutsie things. He can't stand highly sweetened foods or drinks (Candy, Cakes, Chocolate); once in a while/ a craving is fine, but he'd much rather take a bite of fruit. He doesn't care for baking all that much except for making breads at which he's none too shabby at. He doesn't care for bright colors unless they're mixed with dark ones.

-Sebastian is a spiritually inclined entity (deals with the supernatural, gods and the like.)
-He has shadow like abilities. The dark parts of his hands and legs are infused with shadows.
-As a wanderer Seb will occasionally break into empty homes for a temporary stay, however in return for using the person's home as a place of refuge and food, he will end up paying them back in various ways ie cleaning, cooking meals, fixing appliances, and ;) (However mostly all as a surprise for when they get back.)
-Seb is missing the ring finger on his left hand and the pointer finger on his right hand.