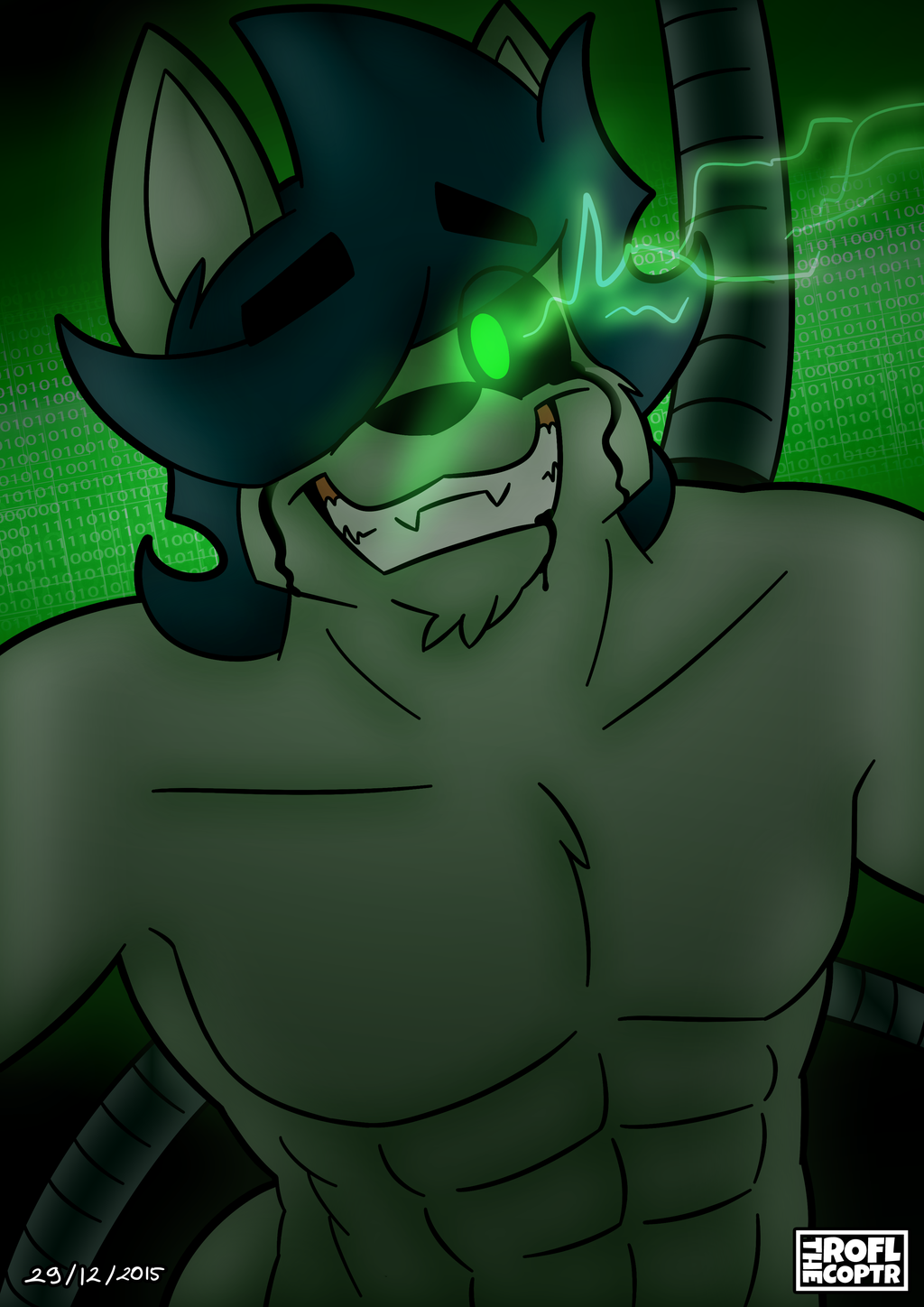 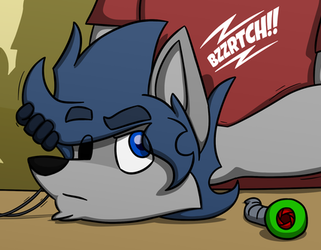 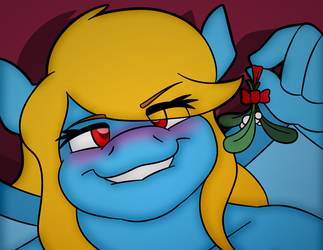 I can feel the universe! Hahaha! I know everything!!!!

This is a picture depicting the moment when Ralphy became a Reality Bender.
He's ..definitely enjoying it x3

FYI
A Reality Bender is a person who has the ability to manipulate the universe he's in both space and time to his will.
As much as Ralphy's got these OP powers, he doesn't use them often.
Because they take up a lot of power in his battery life and it can put the universe he's manipulating in danger.

STORY
Ralphy and Feonna helped out a fellow colleague of his - an inventor named, Zachary - on a project he's been making.
It was a device that was supposed to link all universes together for further research.
Feonna was to be a mana power source and Ralphy a catalyst to speed up the start-up process.
The experiment was proven successful, but it left Ralphy clenching on the device smiling wide with glowing green eyes.
Feonna and Zach did all they can to remove him from the device.
Once they finally were able to, Ralphy was blasted towards a wall.
Still clenching the device, Feonna look down to see his eyes still glowing green crying a black unknown substance.
And so from that day forth, Ralphy became a Reality Bender.

If you have any questions about the lore, story, or Ralphy's powers, go pop it down in the comments ;3

That was a blast.
Tune in later, chavs ^^