Good morning... please put the spear down by Rococospade 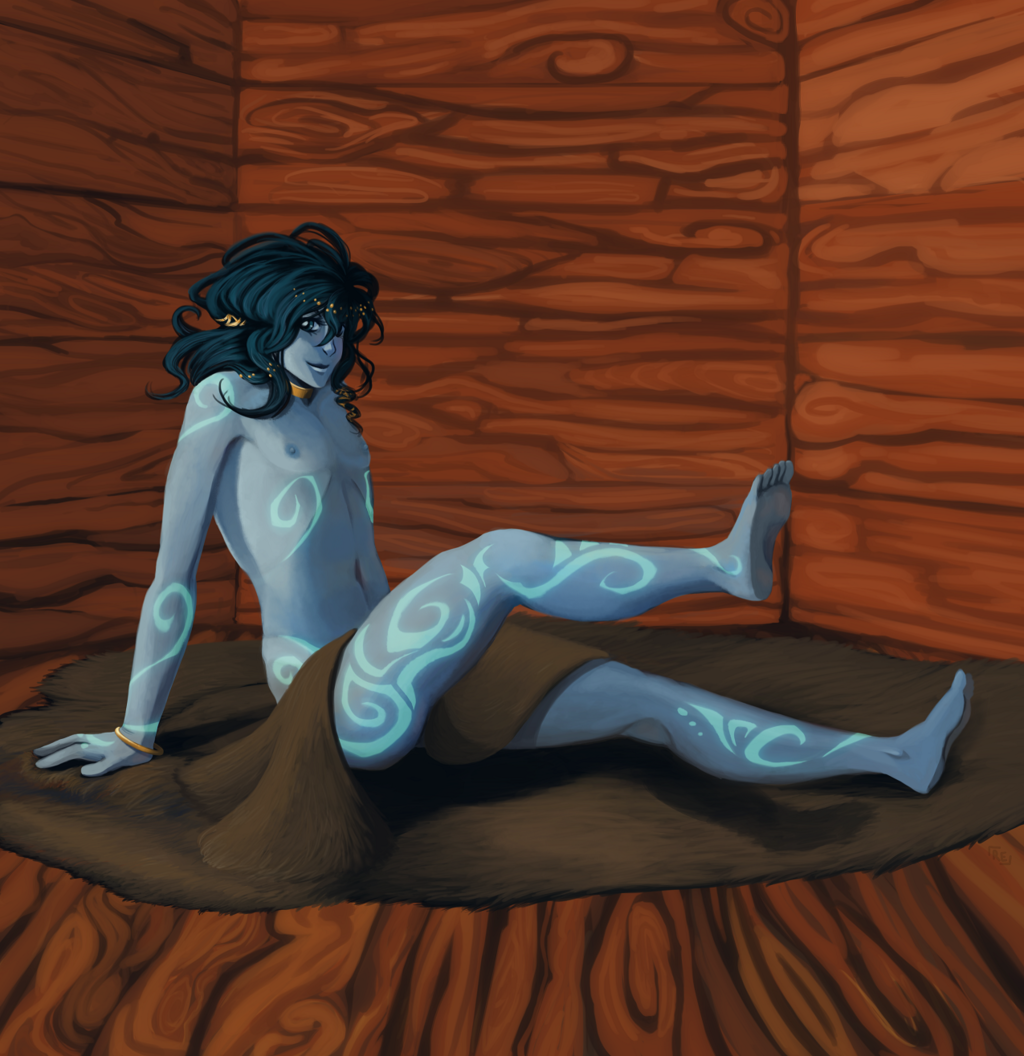 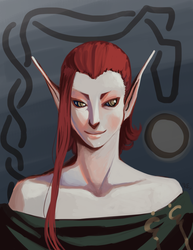 This is Asrik. He's a rather feminine (in story the reason becomes apparent, eventually) cecaelia - basically, a merperson with a cephalopod's lower body rather than a fish or dolphin's. I'm not sure why things with tentacles are construed as evil (Ursula? I'm sure it predates her) but, he is not. He's not always moral, but he's not evil.

I could make an art book just with the cast of The Lowest Point...

Murchadh in an apron coming soon!