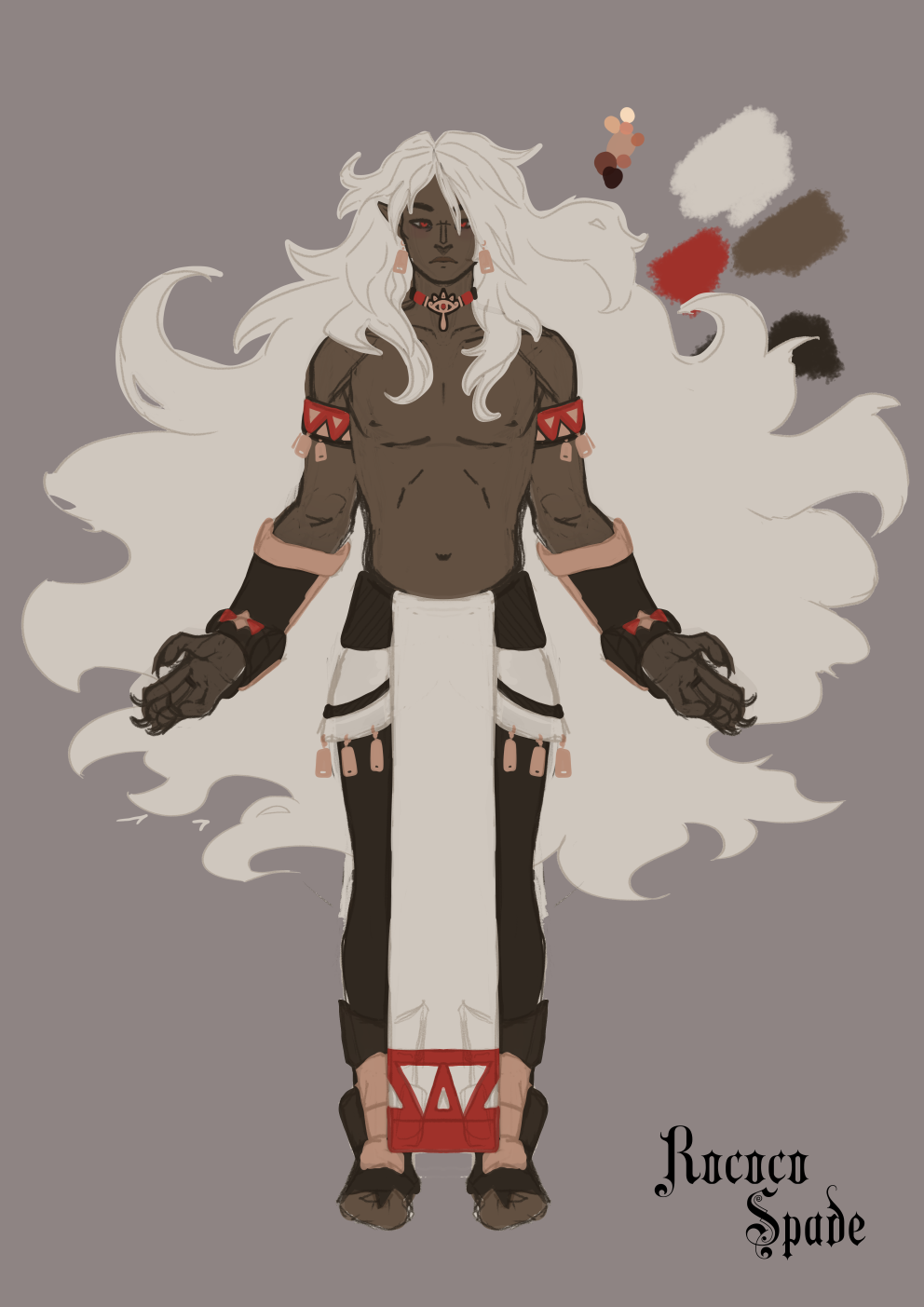 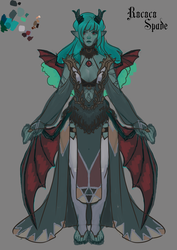 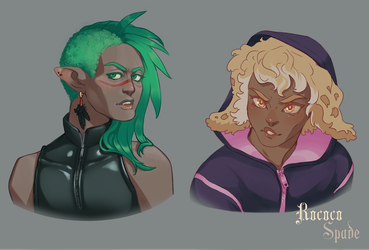 Designed around the same time as Vanth, and simple to counter her complexity. Abbadon is a tired, bitter god that mostly wants to be left alone. His hair wriggles on its own.
This is actually only one of his forms, the most 'human' one - those careful viewers will note he has a bird's claws instead of human hands. Another of his forms is of a half-crow monster, and all of his iterations tower head and shoulders above mortals. He was based heavily on the Sheikah designs from Breath of the Wild (the soda tab looking bits on his clothes are based on the Sheikah slate's shape) and the crow statues from the Shadow Temple in Ocarina of Time. Like Vanth, he was created as a world-building character for Zelda fic and RPs. His clothes are based loosely on the wraps and loinclothes worn by pre-Spanish-conquest Mexica men mixed with the lyra and fetish material styled Sheikah clothes.
He was a fun opportunity to design some useless armor for men.
I didn't render it out, but his jewelry is supposed to be hammered finish rosegold. A note to self in case I paint him and Vanth later on.