Czar in Violet by Rococospade 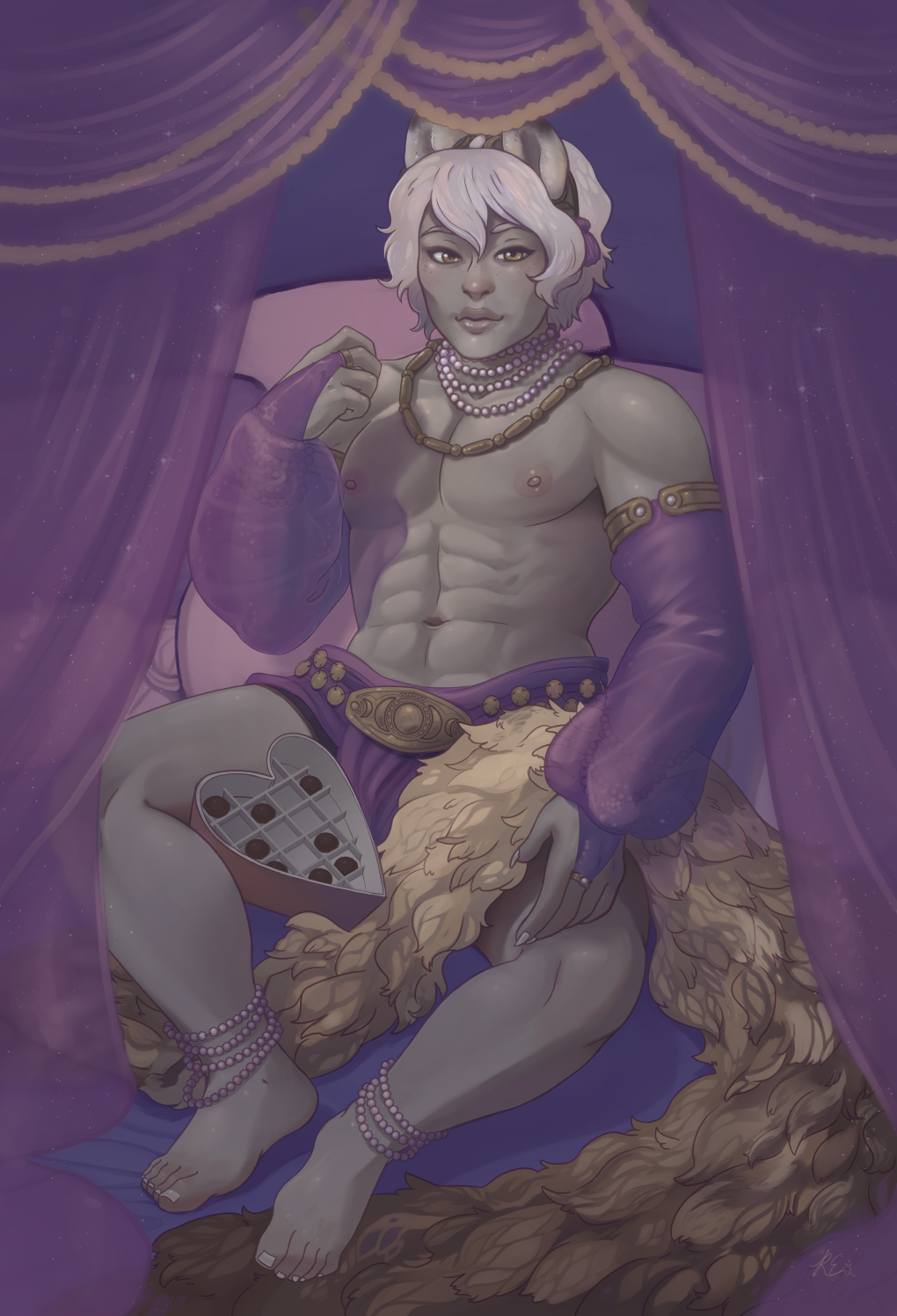 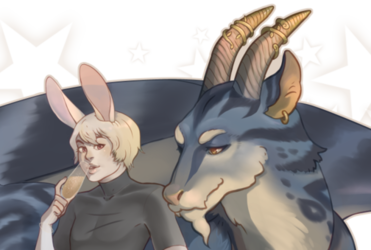 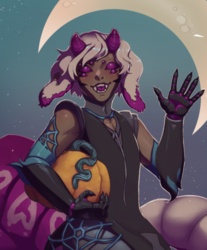 "Ivan, I'm serious, if you don't feed me after this I'm going to trash the studio."

The lopari behind the tripod waved a hand, rings glittering in the studio lights. "Promise, I promise, you hush. Just let me finish this and you can order whatever you want with my card." He paused, raised his head above the view-port and narrowed his eyes. One ear twitched in something an awful lot like annoyance. "Hey, smear more chocolate around your mouth. It doesn't look like you're REALLY eating it, and we don't advertise lies."

"Oh my god." Sergei wondered about his job some days. It was the worst when he'd just woken up from hibernation, and he was still trying to gain back the body-weight he'd lost, and his boss dragged him in for photo-shoots at awful hours to take advantage of his abs being 'on display for once, Medvedev, sit down and hold these'.

He ordered a few hundred dollars worth of food on his employer's dime, spite may have been as much of a motivator as hunger. Ivan didn't complain - he was looking over the data in his camera with an intensity that was rife with greed and almost reverent.

It took a few weeks, between picking the best, editing them, compiling the images, and having the books printed and distributed. They were actually in the middle of filming something entirely unrelated when the first check cleared from photo book sales. Sergei didn't notice it until he was eating takeout with his roommate and checking his notifications. After that (and scaring Dmitri senseless because Sergei had almost inhaled his lo-mein) Sergei wondered considerably less about his boss's strange moods and methods. (And the next year, Ivan got a more compliant model for his newest harebrained scheme.)

I meant to upload a wip of this last week. This commission took ages but it was sooo, sooooo worth it. Thank you very much for your patience, MissMonie! The other half will be finished soon (a character sheet for this guy, Sergei Medvedev). With the commissioner's permission I'm getting this on a phone case so I can show it off <3. Happy Valentines!

The prompt for this was "Sergei, half dressed and eating chocolates" and it was originally a sketch of him in his sweats in his apartment. However in the process of throwing things at the wall compositionaly to find ways to lead the eye around the image and add visual interest, the concept of him dressed up ridiculously for a photoshoot was born. With the chocolate kept, of course. I usually theme him around green color wise, but violet and blue worked better for the lush and opulent setting we ended up agreeing looked best for this illustration.