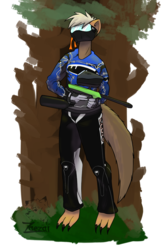 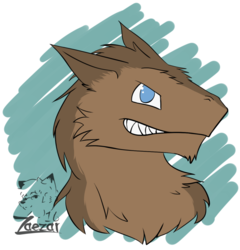 So, there’s a group that i’ve been a part of (on and off) for a little while now called SergalJerk. Most of the members of this group know each other over on EVE Online, but people from this group have been known to migrate to other games when there’s some decent content. Some of the members, myself included, have been known to go do our own thing outside this group for brief periods. Personally, I wasn’t able to keep up with the content SergalJerk was participating in over in EVE (Work kept me busier than usual), so I went on a short break doing some less intensive stuff. Everybody is always back together when there’s something major happening though. A few days ago I rejoined them over on EVE to participate in a major conflict that has been brewing for the last month. I’ll probably be posting a journal at some point explaining that because it’s actually kind of interesting. (A couple of groups, consisting of about 60-ish thousand people are fighting because of reasons.)

Anyways, I think I’m going to be part of SergalJerk’s core EVE group for the long haul. So, I decided to get a Sergal version of my character drawn. No, it’s not replacing my fursona, it’s just something cool I had made. (Although, Sergals are cool, so I wouldn’t be against changing over in the future.) I picked this commission up from an artist named Zaezar. You should totally check him out, he’s great, his commission prices are really fair for what you’re getting.

As a side note, the logo on the shirt is based on a forum avatar that Noxid had made. You can find a link here. https://www.weasyl.com/submission/965186/sergaljerk-forum-avatar

The original upload can be found: https://www.weasyl.com/submission/1240834/rob-sergalson