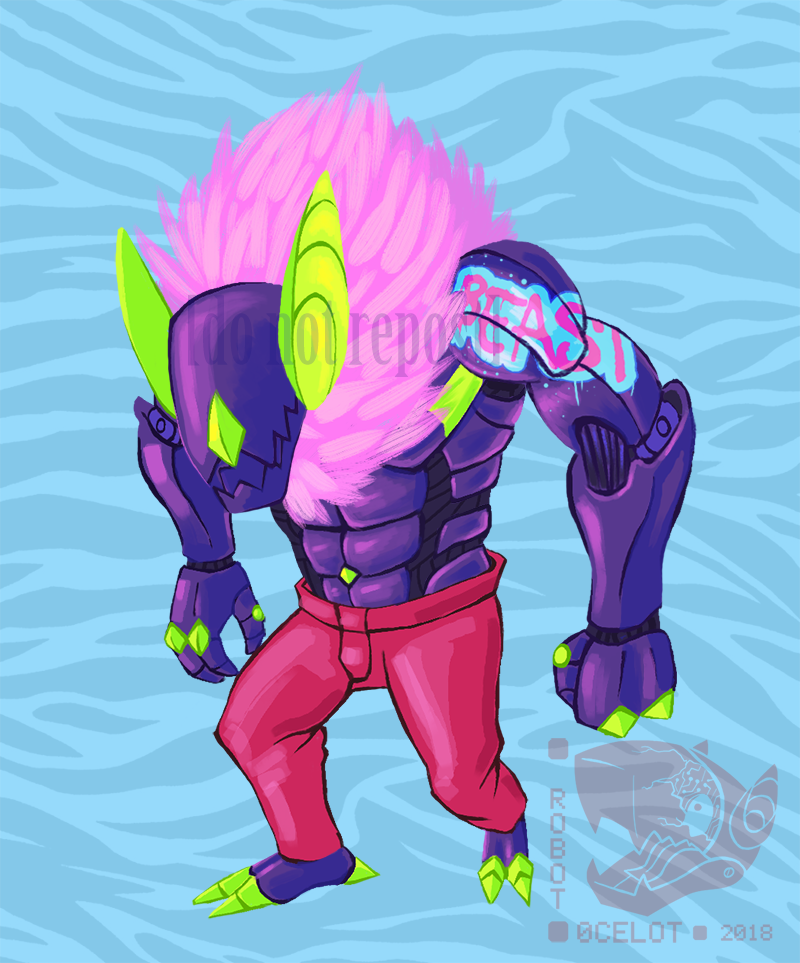 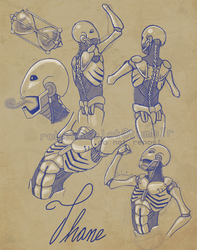 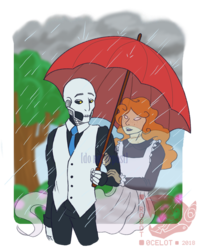 March of the Robots

1. Introduce a character! Could be more than one! Give us some standard info!

This is Jukebox! I created him very recently and I’m still flip-flopping on design choices, such as his color palette. The idea was a monster robot based off a Honduran White Bat. Jukebox was a robot made for a fighting ring, but was sabotaged and sent to a junkyard after winning a fight that was fixed against him. The individual he’s with now found him and fixed him up and now he’s highly protective of them. He sees via infrared and echolocation, and can’t speak words, only making various noises. As scary as he is, he’s a huge teddy bear who likes to play with squeaky toys and parrot various sounds he finds interesting.