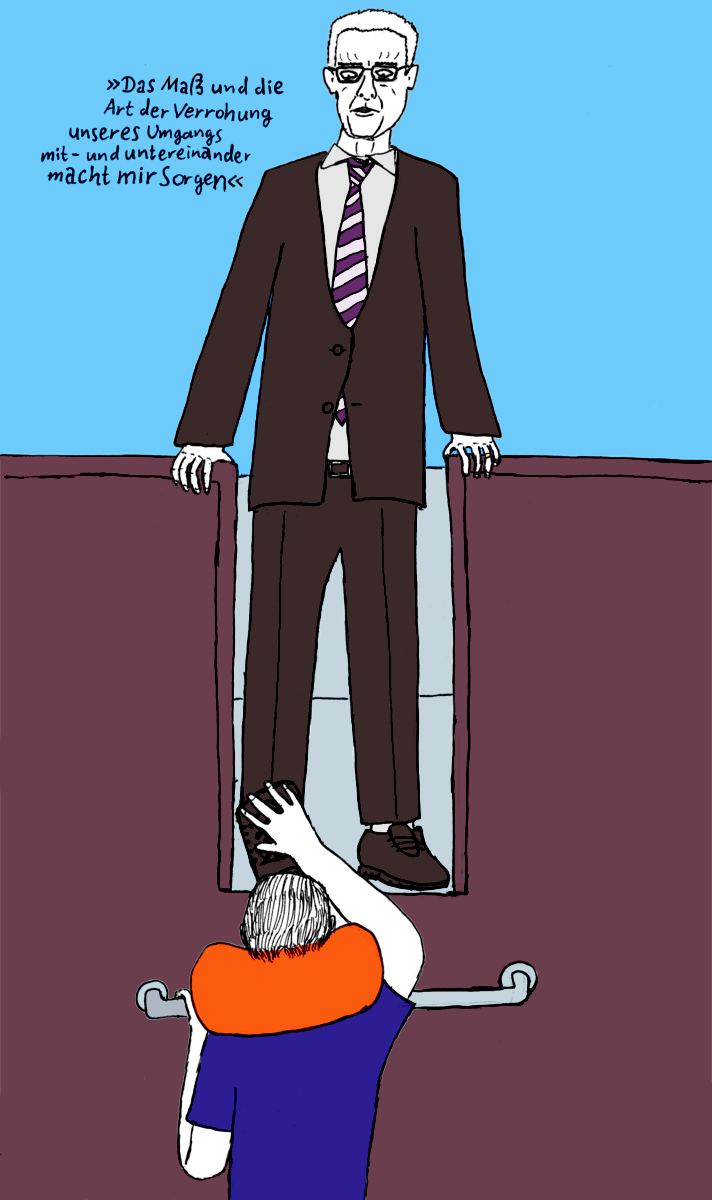 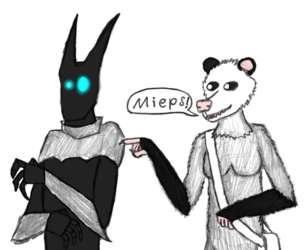 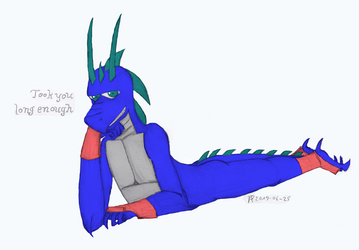 "The degree of brutalization when dealing with each other and among each other concerns me."
-- Thomas de Maizière, late August 2015

My planned entry for an upcoming group project. I fear, I may have to redo the colorization for printing because I accidentally didn't enforce Krita to stay at 300dpi and only noticed much too late.

Update: As announced earlier, the colorization has been redone and a print was submitted to Kunstaktion „Bewegte Bilder zu Flucht und Migration“.